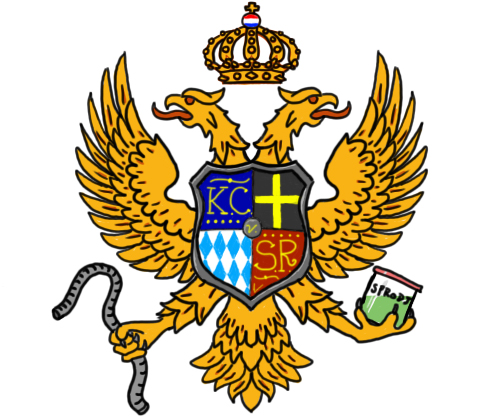 As the world’s first unelected body created to prevent our knees falling off and being eaten by robot dogs which they also created, the Koninklijke Commissie voor Sprodj Reclamation holds a special place in the hearts of all hideous/attractive people. “Please hold our hands,” they will say! Their hands are weird and diseased.

It is because they have too much of the internal sprodj workery. And that is why the Commissie was brought into being. These people must be located, and then we must attach gigantic hoses to them in order to remove the sprodj. Or add sprodj. Changing sprodj levels is next to godliness, and cures certain diseases, like incurable tooth, lesbianism, and literacy.

Founded in 1891, during the reign of Queen Wilhelmina, the Commissie was originally conceived as an elaborate scheme to get its members into movies, which had reached the Netherlands two years earlier disguised as as microscopes. Marikje Lürssen-SuperKrupp was gazing wistfully through one of these fake microscopes, which was actually a movie she was not invited to participate in the creation of, when she saw a minute flickr of incandescent mega-particle—the sprodj! She immediately learned all of its properties by writing a Wikipedia article on it, contacted the Queen, and founded the KCvSR to regulate this new resource.

That is but the first part of the tale. The first couple of years of the Commissie were difficult, as nobody had yet invented hoses giant enough, or sprodj pumps with enough gusto, or Belgians (to practice on). Throughout the last years of the 19th Century, the organization struggled to regulate sprodj levels throughout the Netherlands, and was unable to establish any foreign offices. These were the dark years. Horse-operated Sprodj Pumps, unpadded handcuffs for the operations, hoses made out of smaller hoses which had been stretched. Sprodj levels went unregulated. But fortune favors the Commissie, and upon her death in 1901, Queen Victoria had bequeathed her entire fortune to the KCvSR, such that they might alter sprodj levels across the land. This unimaginable windfall allowed the organization to increase their size by 7.8 orders of magnitude. But the next decade was to be more trying than the last. . .