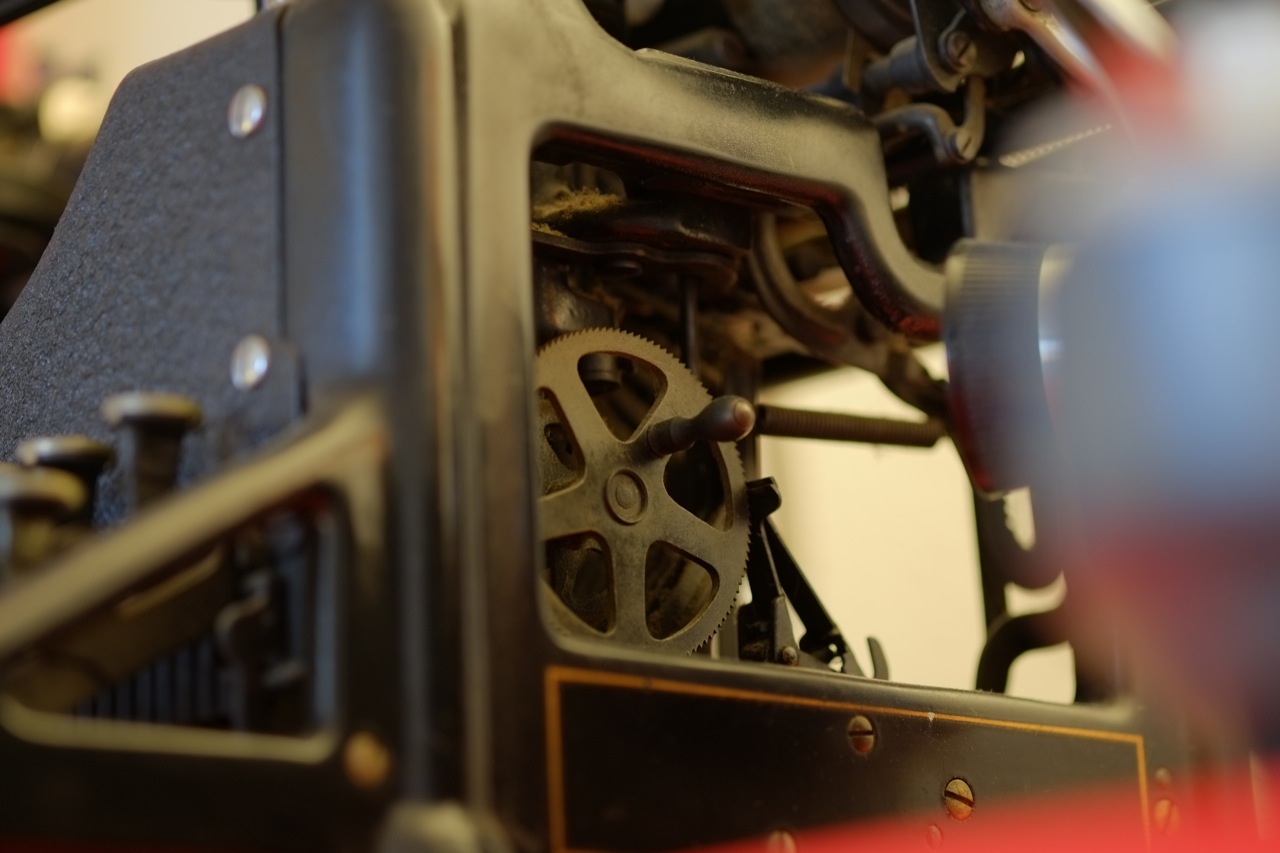 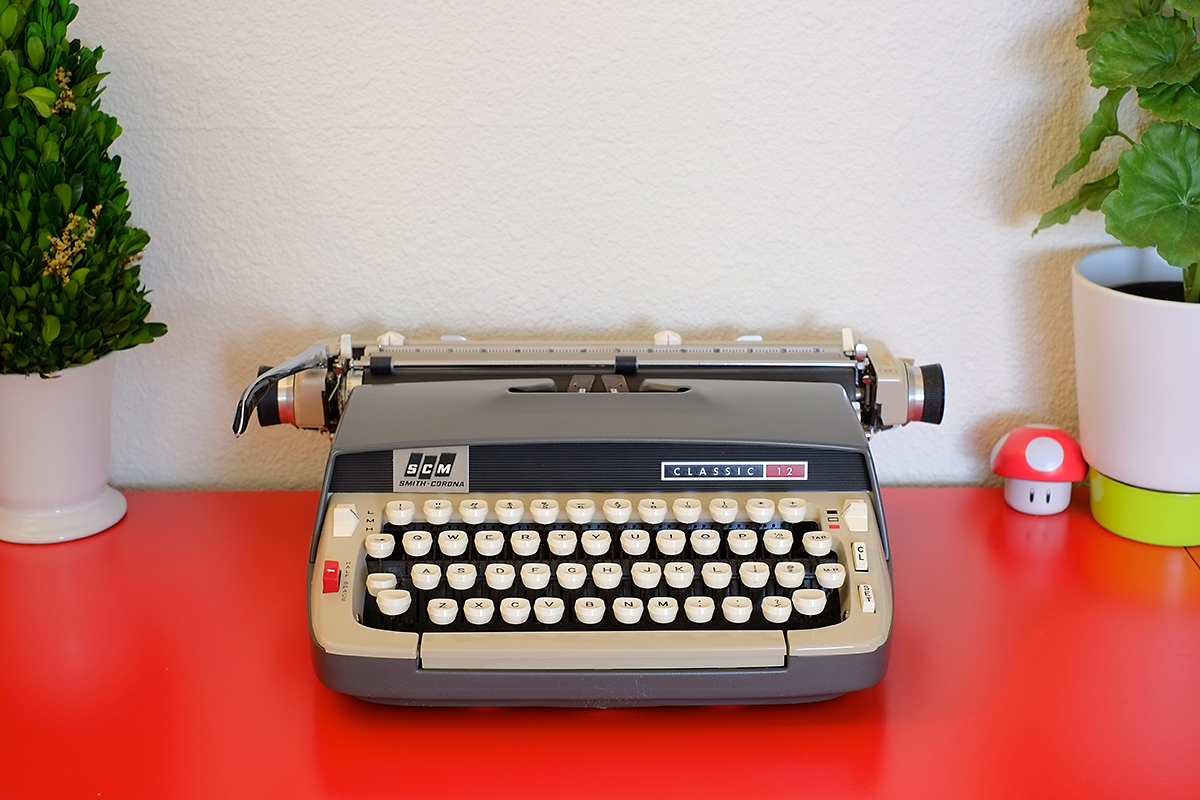 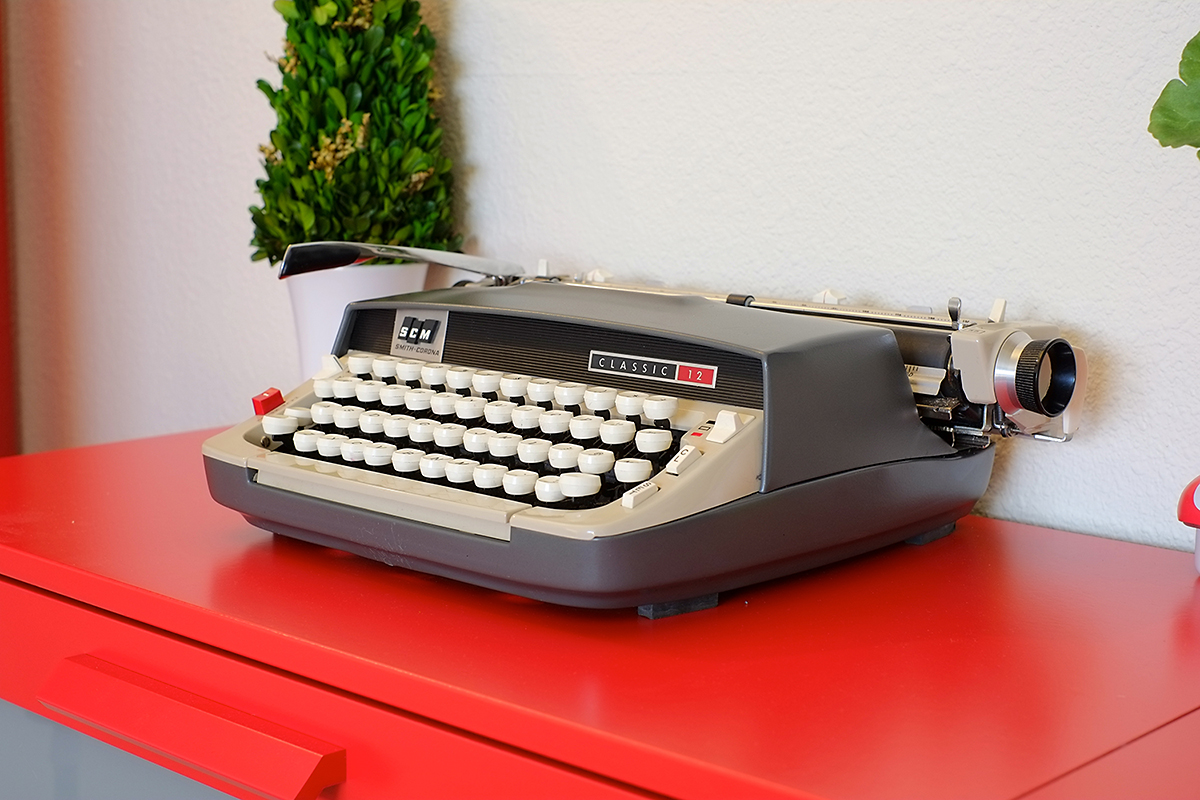 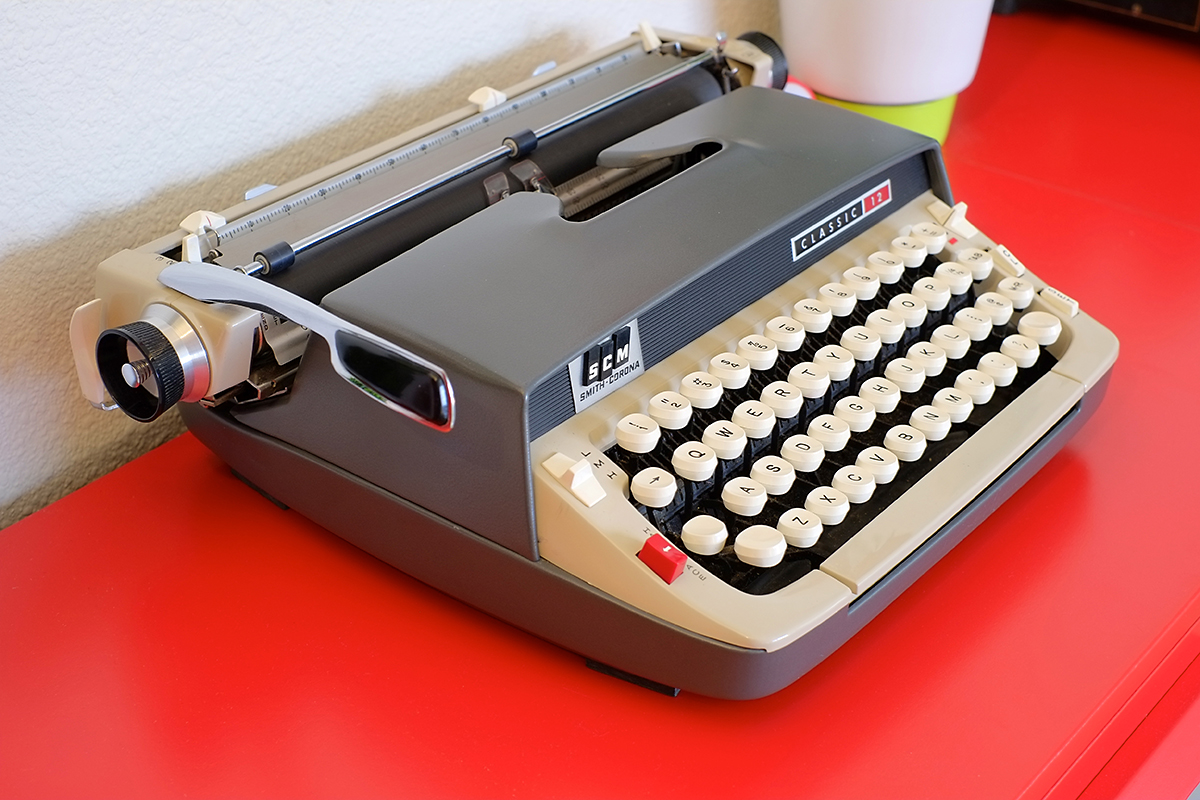 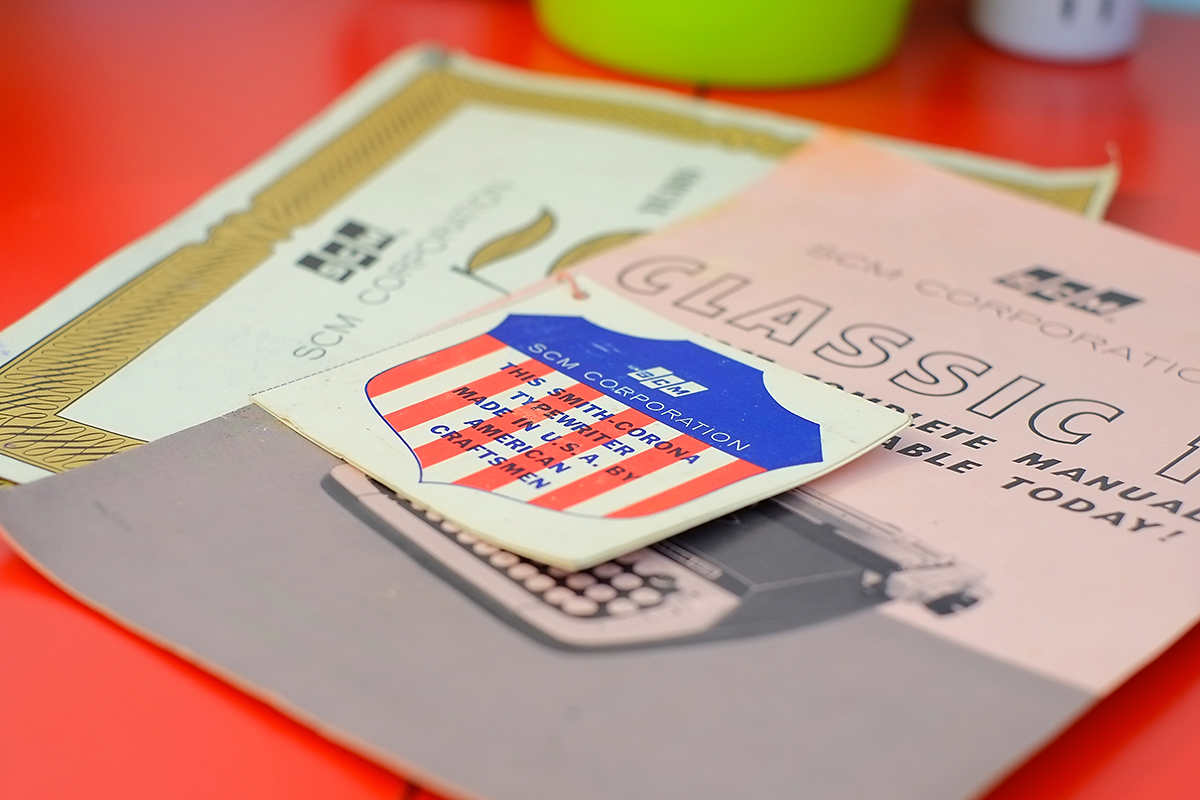 Really pleased; this guy looks new. It’s not quite new old stock — it was a floor model before being stored.

I don’t think I’ve written about it on this iteration of m’ website, but I like collecting and restoring old typewriters. If you like disassembling intricate things and cleaning tiny parts, it’s good fun. And oh, the tiny mechanisms to observe. It’s incredibly plain why companies that built these switched so easily to building things like rifles in WWII. I guess the neatest one is the American Expeditionary Force-issue Hammond Multiplex about which I wrote on the last website, which used to belong to my great-grandpa, like so, but they go from the late 1800s to the Selectric II. 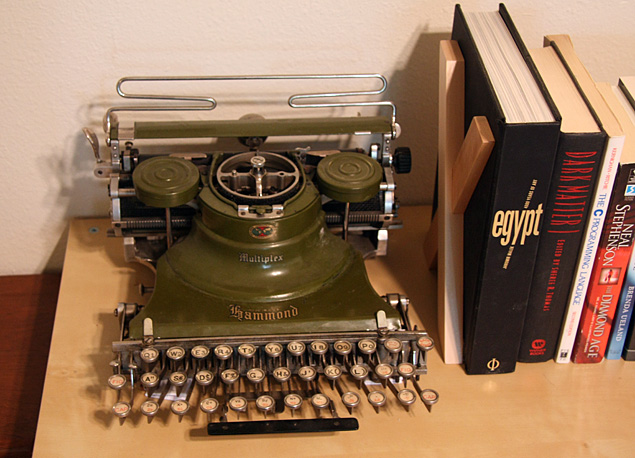 Anyway, I thought I’d write about one I found the other day. It’s a 1930 (I think) Underwood. These are generally worthless, because they were cranked out by the millions (one per minute in the ’20s and ’30s). They’re also not really interesting per se, because they were the equivalent of the Selectric, or a beige Windows XP box — they were just the common standard. Sure, Robert Howard had one, but they were what you’d do your crappy office job on. They’re also indestructible, so there’s no shortage of supply (despite what Etsy sellers might think).

Anyhow, I picked it up because it had an interesting parkerized finish, which I hadn’t seen on one of these before, and because sometimes it’s fun seeing what used to be normal. This went into a box in 1959, came out of the box a couple days ago, and hasn’t been cleaned up at all (yet). So, here’s the Toyota Camry of inter-war word processing. 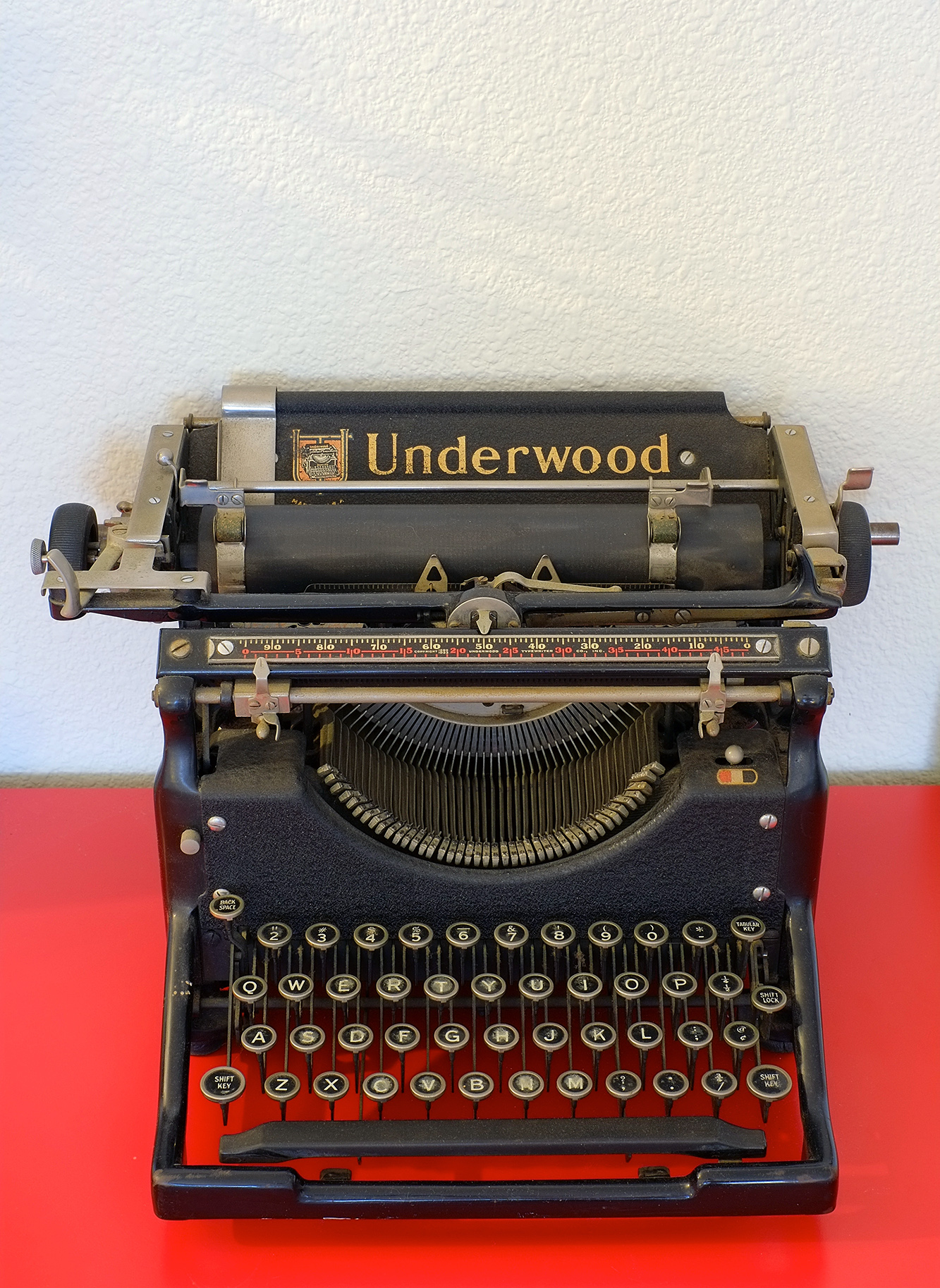 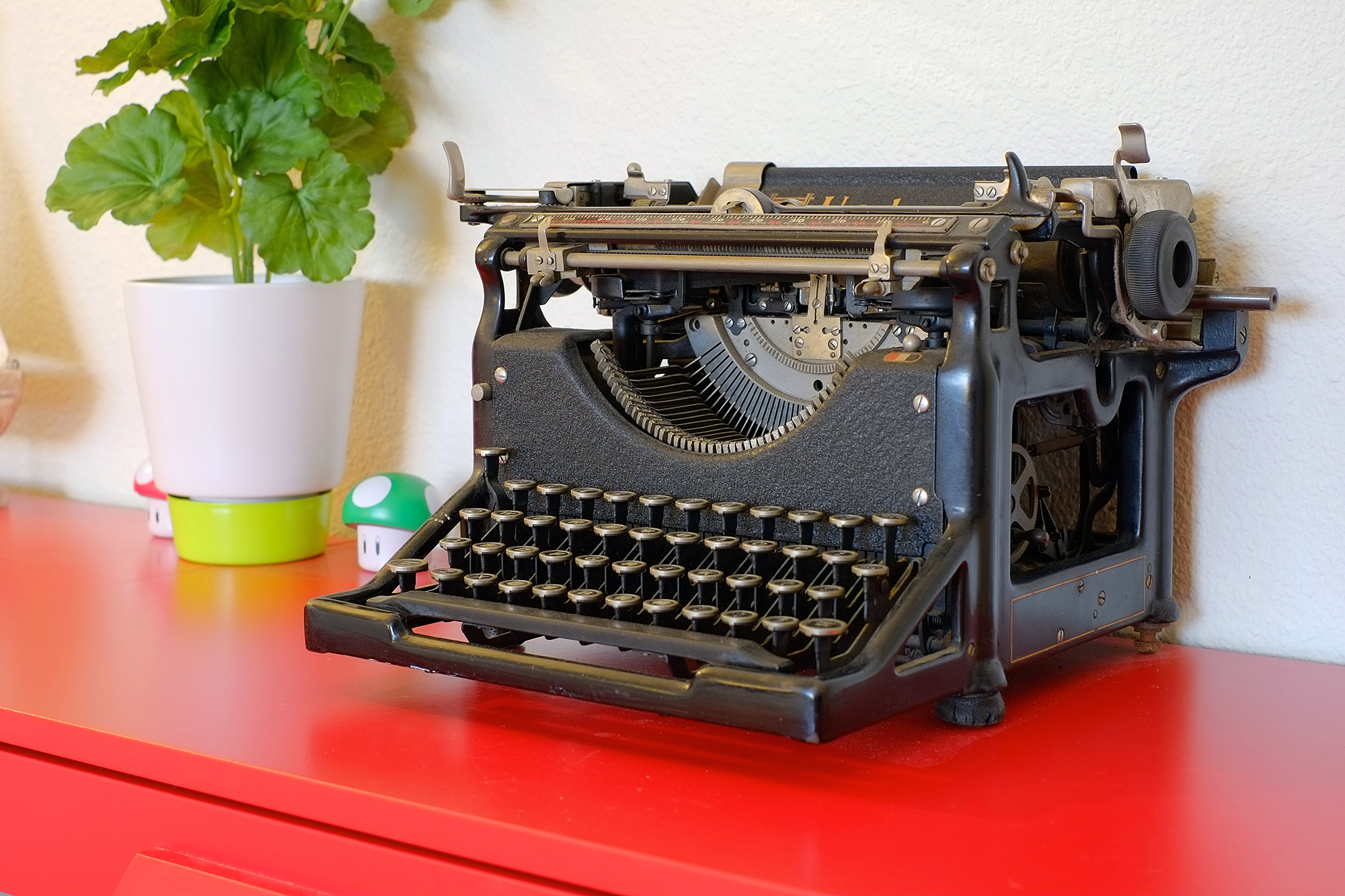 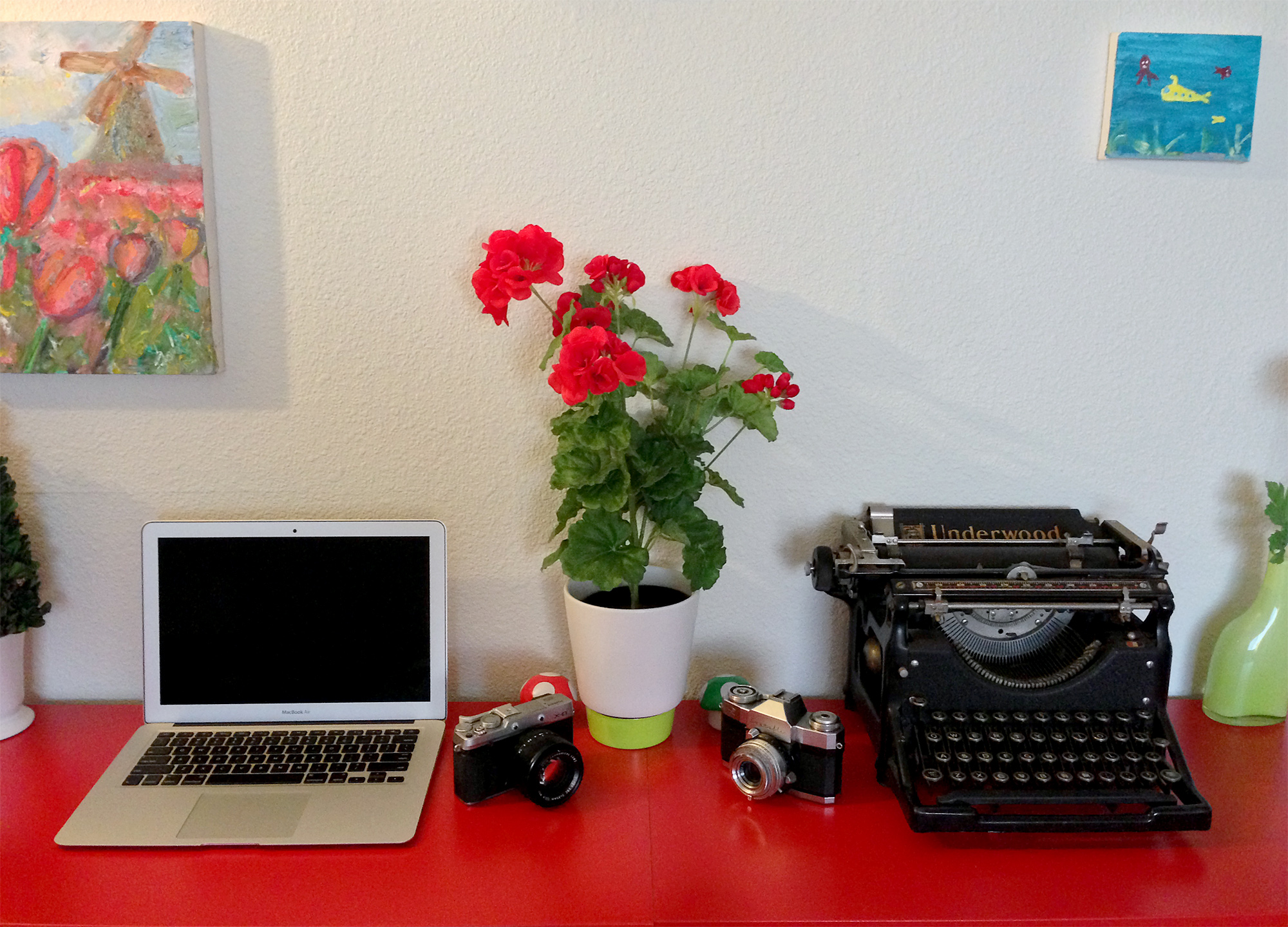