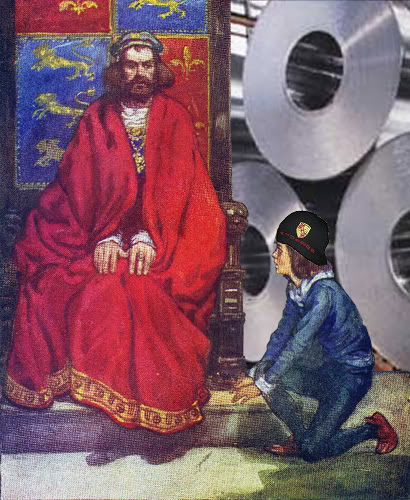 Note: This is a JM Classique™ post. Photobucket have unfortunate countenances and broke image links from ten years ago, removing the images from old forum posts. Since I’m going through each old post and re-hosting the image on this server, I figured I might as well shove the post here, too. JM Classique™: Your Trusted Brand of Yestercrap. 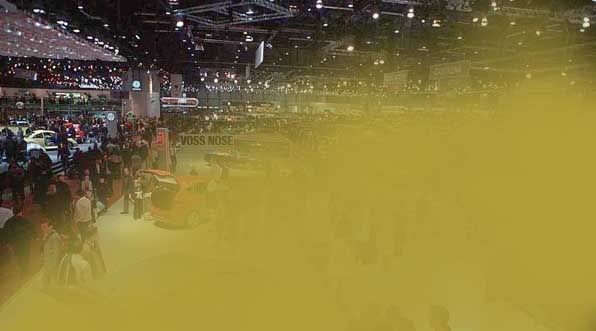 Sir Humphry Davy, the lead Voss Nose researcher behind the project, explained the benefits of the Three Three Plesiosaur. “Well, it has the same V14 Superthorax engine as the regular VN Boomtown Superbeast, but the chlorine body represents a significant step forward. I don’t know if you’ve noticed, but it’s not metal,” Davy said, waving his hand through the 3 3 P’s body. “I mean, all of the usual drawbacks that come with the iron we usually use for car bodies? Gone. I mean, look, it’s chlorine. It’s like our slogan says; ‘Voss Nose: The Freshmaker!” Davy responded to doubts about the ability of the Voss Nose chlorine to not kill people by laughing nervously and suggesting we check out the pictures of Miss Neutron, the Voss Nose company pin-up model, in the next exhibit hall.

Executives and pin-up models from Stanislaus and Trench-Rapist, Voss Nose’s chief competitors in the passenger car and big-ass boat markets, declined to comment.

Note: This is a JM Classique™ post. Photobucket are fiends and broke image links from ten years ago, removing the images from old forum posts. Since I’m going through each old post and re-hosting the image on this server, I figured I might as well shove the post here, too. JM Classique™: Your Trusted Brand of Yestercrap. 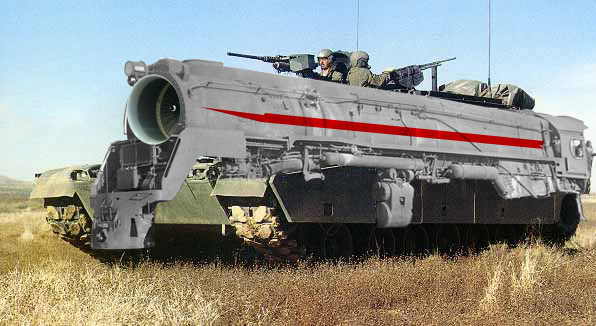 Waxwork and HO-Scale Train Daily – Good God, the Mossburster moves. She moves! My three-ton assistant punches the Voss Nose’s pulsating neon throttle as we descend upon I-5 South, and the tin-toy harbingers of a worsening trade deficit which dare to surround us become but smudges on the crystalline windscreen. Within moments, we have left the glorious North Americas and arrive in deepest Chile, my compatriot nervously stroking erstwhile President Eduardo Ruiz-Tagle’s thigh as I struggle to escape this raging coma which the Voss Nose’s sheer thrust has set upon me. As our sound waves catch up with us seven hours later, there can be no further doubt: the ungodly speed of this motorcar is on par with even Tsutomu Hata, former Japanese Prime Minister and the fastest man on earth. If we show it the proper amount of respect, it will not harm us.

The Mossburster shares its platform with two other Noses – the Flambé Omega and the TyrranoChrome – but brings all-new running gear to the table. It’s 19-cylinder “Trans-Cranberry” radial engine is the first powerplant constructed entirely in a fictional land, and uses those loosely-interpreted laws of physics to deliver over 7000 horsepower even when not in use. This untold power comes at an environmental cost, as the Mossburster expels three long tons of mercury for every mile traveled, but as the car’s raw power makes it impossible to catch, this is considered unimportant.

The interior is built to a price, to be sure, but Voss Nose company representatives assure me that the price is more than my kind can afford. The seats are supportive, and even my three-ton man’s man assures me that his considerable bulk is laterally restrained throughout even the most reprehensibly reckless maneuver. He is a preternaturally large man. He would know. For heaven’s sake, this rum burns! Being a Voss Nose, the THX-rejected quad-stereo system is without earthly parallel, although the dulcet tones of Roger Daltrey are whipped and driven into oblivion by the unobstructed exhaust system crudely bolted to the fearsome Trans-Cranberry. The Rawhiiiide package is of questionable value, costing $7 and neither adding nor subtracting any discernible feature.

Most Earthlings, of weak frame and weaker constitution, will not be able to restrain the Mossburster as the speed climbs above 900 miles per hour, and will find themselves embedded in the moons of Jupiter as this accursed car strains against and breaks the bonds of our sweet planet. Those beasts of myth who are able to corral the automobile will find no solace in their accomplishment: the machine, with all its thrust, is able to travel so quickly that you will neither experience the drive nor anything in the world around you as you drive. A completed journey will weigh on your soul as does the gambling debt, or the IRS audit, as you will only sweat with the knowledge that you must once again submit yourself to the Mossburster when your puny dinner party comes to an end.

To most, the Mossburster is not worth the seven billion dollar entry fee. It is but an overpowered beast of legend; you will not learn its secrets. It is both a needless waste of the Earth’s precious iron reserves and a terrible amalgam of marketing and witchery. But to that rare consumer who submits his- or herself to the Voss Nose Company’s foul brew of insanity—their thirst for the blood of man—it represents a step forward not seen since the debut of the Boomtown Superbeast. Although this motorcar is a mediocre achiever in the fields of both comfort and sport, and the price tag makes it, in effect, unobtainable, the near-unlimited power afforded to the Mossburster’s buyer is without parallel. Undoubtedly one day, someone will possess this old, forgotten god, and we will fear him.