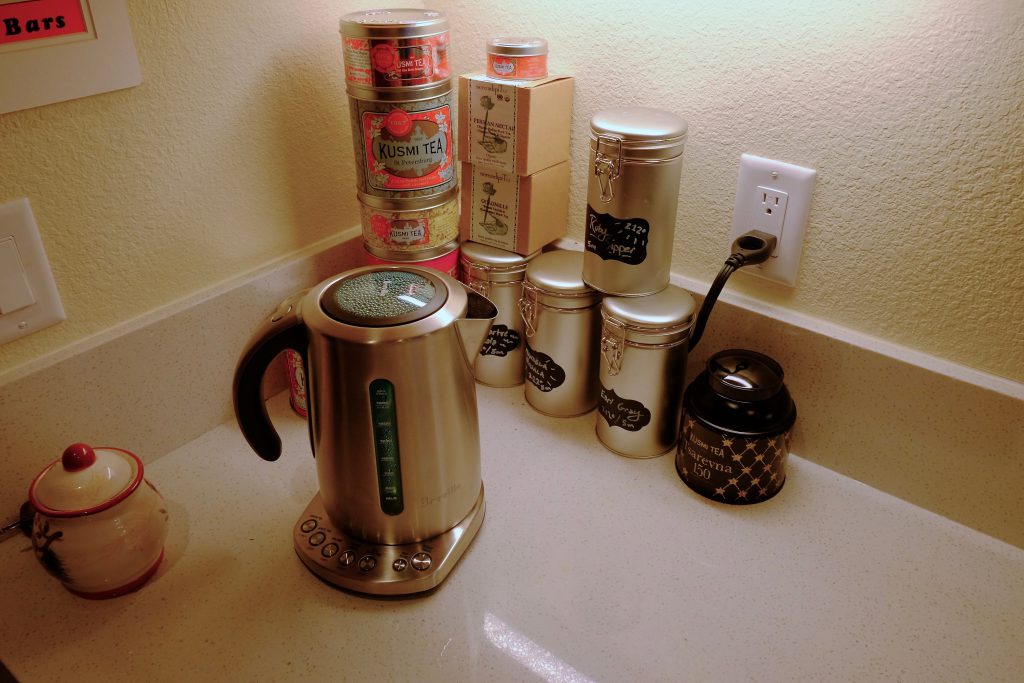 It’s taken me a while to realize that my go-to stress response is “organize tea”. I had to learn from R. Monkeys mocking me for being a British stereotype. I thought it was an offensive generalization, but it does also explain my other stress response, to forment a needless war between the princely states of Chhattisgarh then impose unequal treaties when all sides are at their weakest. It’s a real Monday pick-me-up.

Serendipitea has some really good teas (Mandela Masala might just be my favorite), but Buccaneer is not one of them. It’s sort of a novelty tea, and (somewhat inscrutably) manages to be cloying without actually being sweet. It’s less “boning one’s inamorata on the deck of a purloined frigate whilst a full moon blazes overhead” and more “getting locked inside a bouncy-castle shaped like a galleon while a guy named Chad sits outside and throws nickels at you”. It tastes like a couple of A Quarter To Tea’s sillier “dessertey” teas. I guess maybe they’re an acquired taste, but anyone who acquires them is a craven Stalinist non-tipper.