The Element has kind of a weird gauge cluster backlight color. Greeney-bluey white. I thought I’d see about making the gauges and dials light up red instead, because I don’t have any real problems to focus on. Fortunately, it was a success despite being conceptually bankrupt. 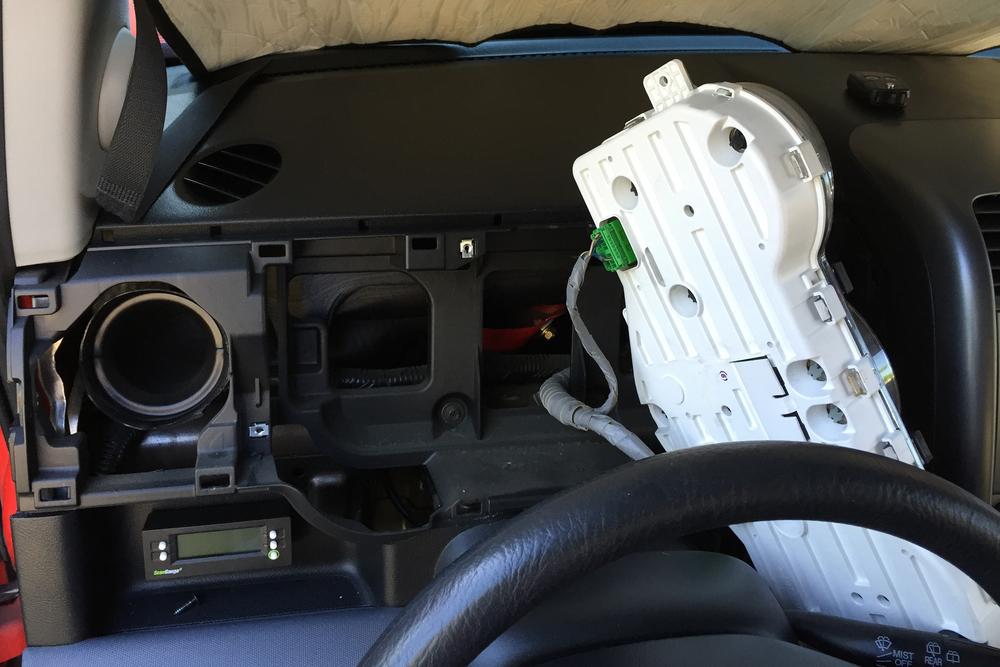 The gauge cluster comes out in about 30 seconds, which isn’t an exaggeration. A little prying, one screw, a little more prying, and four screws. That was nice. The last time I was inside a gauge cluster it was to fix my Mercedes’ odometer; you had to screw around under the dash for a while, and that thing had a damn oil line going right to the gauge (features like that are why I think of the W123 as the last, best car of the 1960s). Anyway, for the Element cluster you can just use #74 bulbs, incandescent or LED, in the color of yer choice. I tried some LEDs, but I went back to incandescent because the light was a little more even. 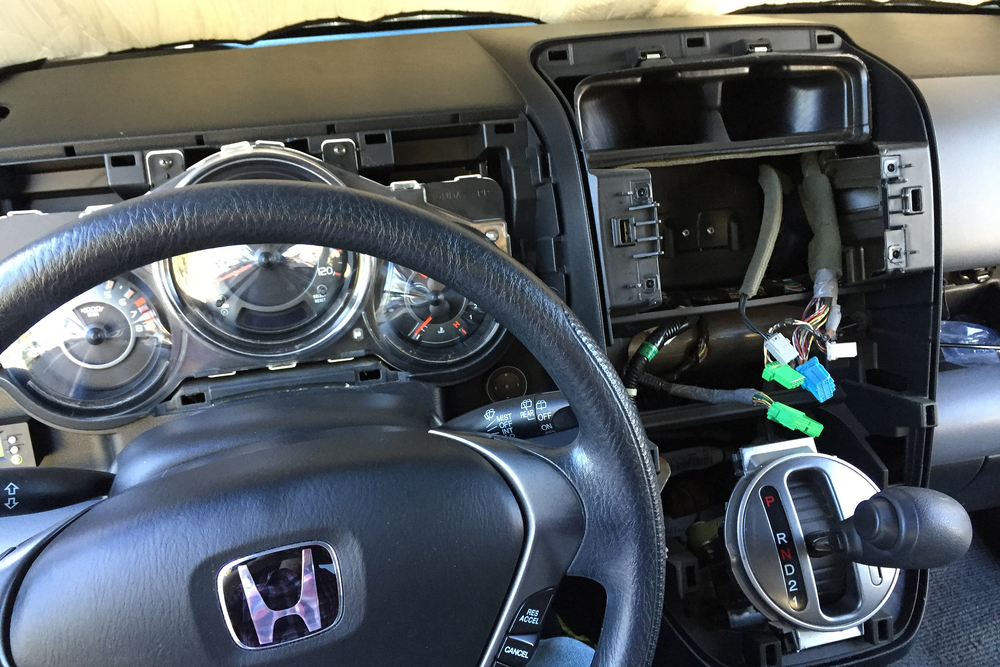 Getting into the center console is real easy, too, and once it’s off you can throw another #74 bulb in the shifter. And getting into the HVAC dials and radio is super-easy, too — Philips screws and a little prying. But then the conceptually bankrupt part on my end was that things inside ’em are a little wacky. The HVAC dials use crazy tall bulbs, and the radio uses tiny little weirdo bulbs, so replacing them sounded like a real pain in the ass. 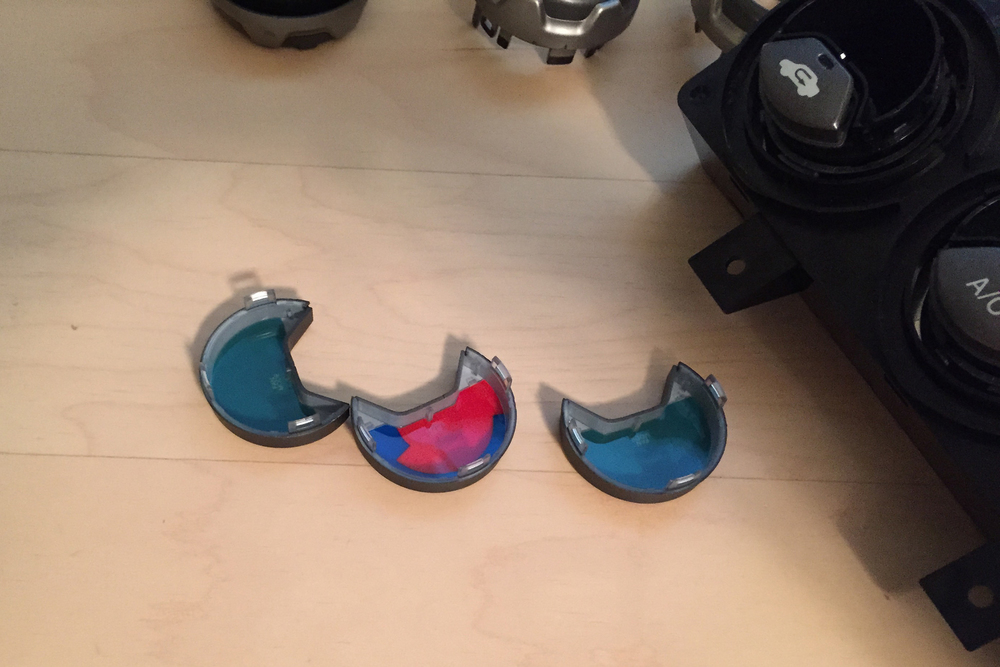 The HVAC knobs and buttons are pretty easy, though, because they used colored filters, which you can replace with Rubylith pretty easily. Obviously it’s best not to replace the dual-color temperature dial filter, although in a poignant critique of my mental acuity these days I didn’t actually think of that until I had already pulled the thingy off. 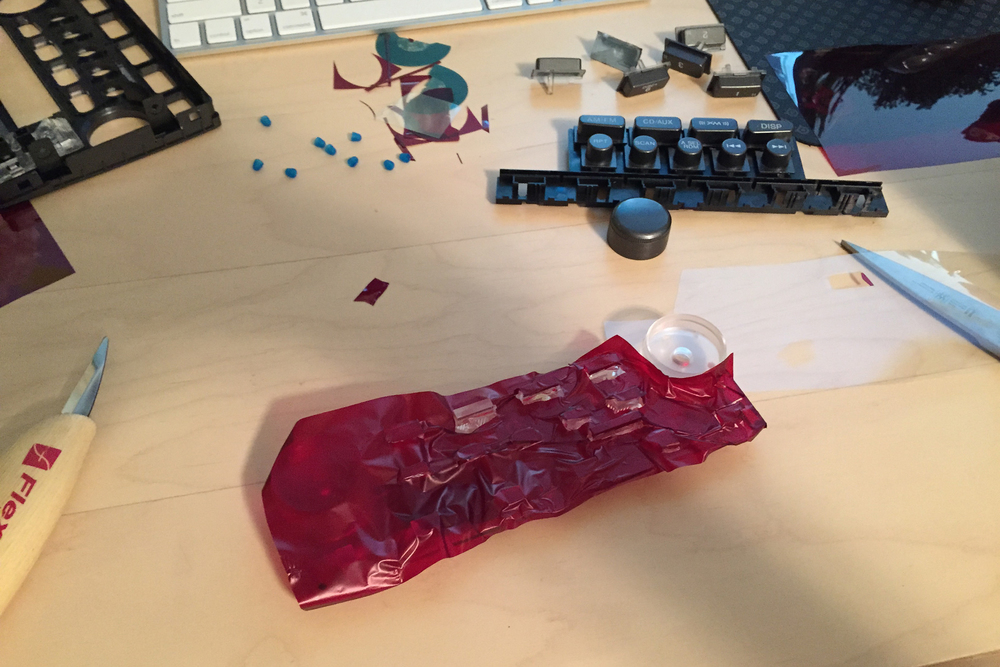 The radio’s the real dumb part. It uses little those blue guys that go over the bulbs, so I pulled all those off and just covered the light spreader with Rubylith. This was basically an interminable exercise in cutting shapes. In the picture I’m, like, 15% done. It was a real nightmare if you have big dumbass hands like me. I found out that I lost my Exacto knife, so I used woodcarving tools, which probably didn’t help much. 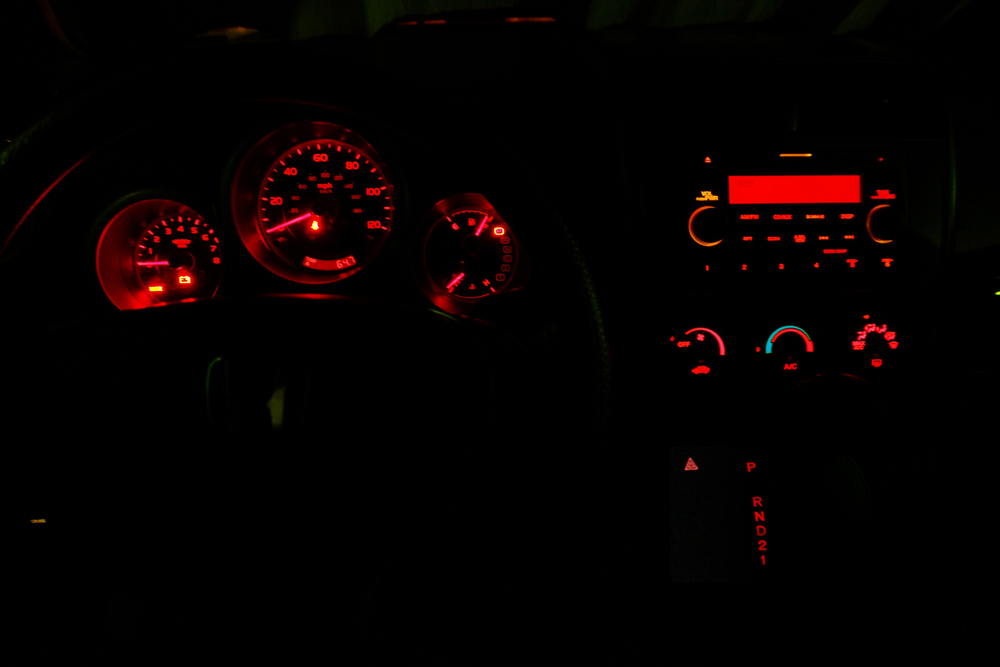 Kind of a pain, but I’m pretty happy with the results (although they’re somewhat obscured by blurrycam). A lot nicer at night. There’s a lot of really long unlit roads to the west of me, so it’s nice to have the red gauges way down low.