Installation is super-easy. I installed it on R. Monkeys’ old laptop (so I hope she doesn’t read this website). The installer is basically a rip-off of Mac OS X, so if you’re familiar with that you can pretty much guess what goes where. I’m going to skip a bunch of screenshots, so if you’re interested in seeing all the steps, just grab the torrent. It’s free, Virtual Box is free. That is how life is in the DPRK. 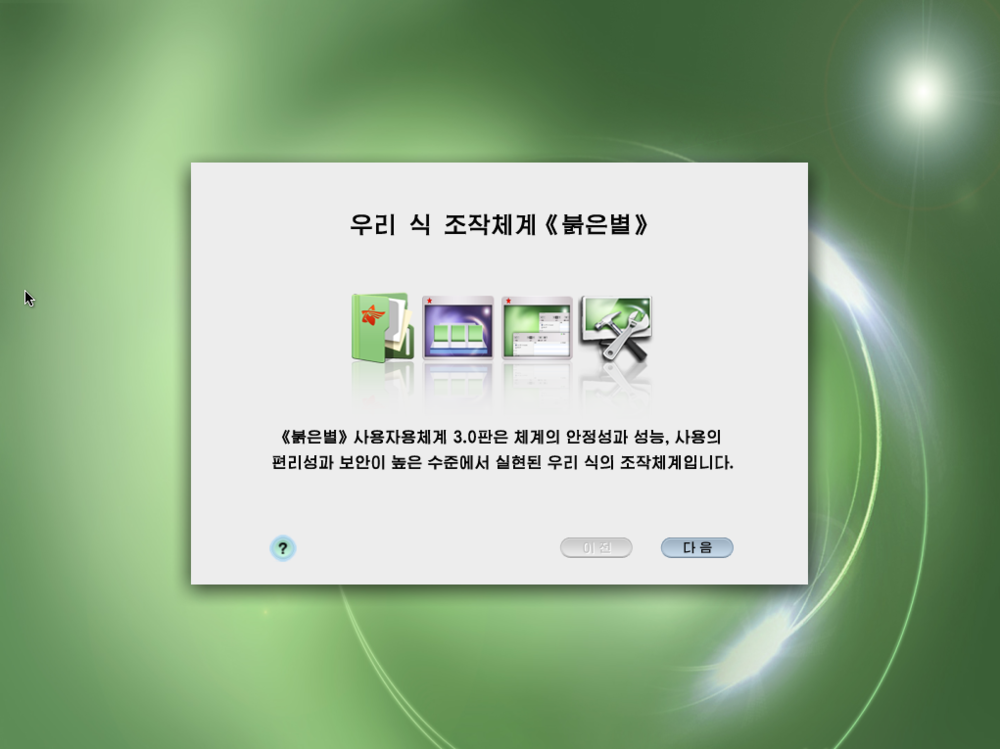 Some stuff happens. This took about 15 minutes because R. Monkeys’ old laptop has a slow HDD. I sung that “evvvvery rooooose has its thorn” song until I was asked to stop. 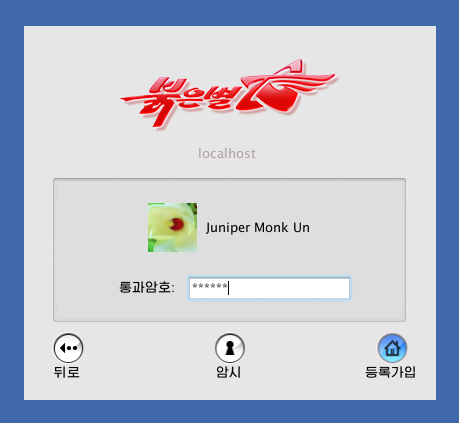 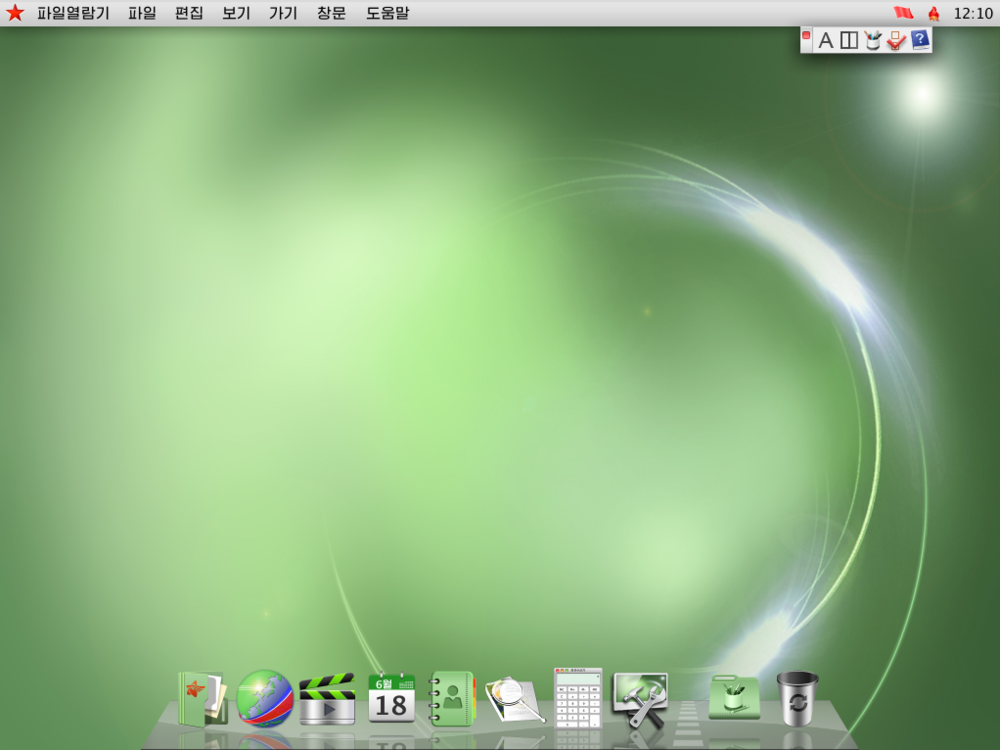 When you get to the desktop it’s pretty clear that Kim Somebody uses a Mac and yelled at someone to make Red Star 3 look like OS X. Red Stars 1 and 2 were just super Linux-ey. But in 3, everything is pretty familiar if you’re a Mac user. The only real difference is the character input pane in the upper right, as well as the non-clickable red flag to remind you to be self-reliant. 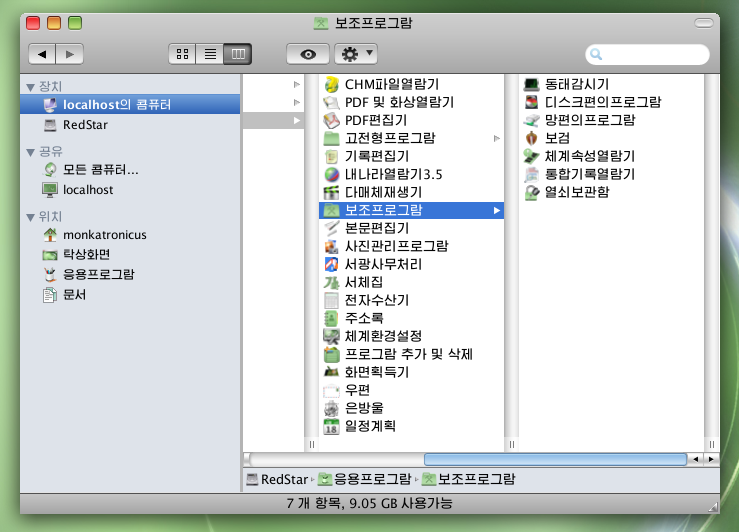 The Finder is familiar. You also get the same “View Options” controls for desktop icon sizes, spacing, and so on… 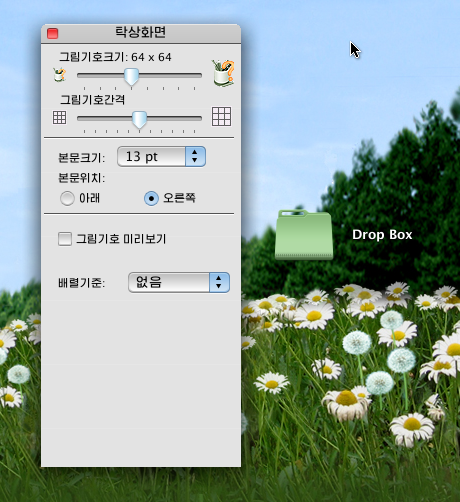 …thus catering to those “Labels on the right” freaks. 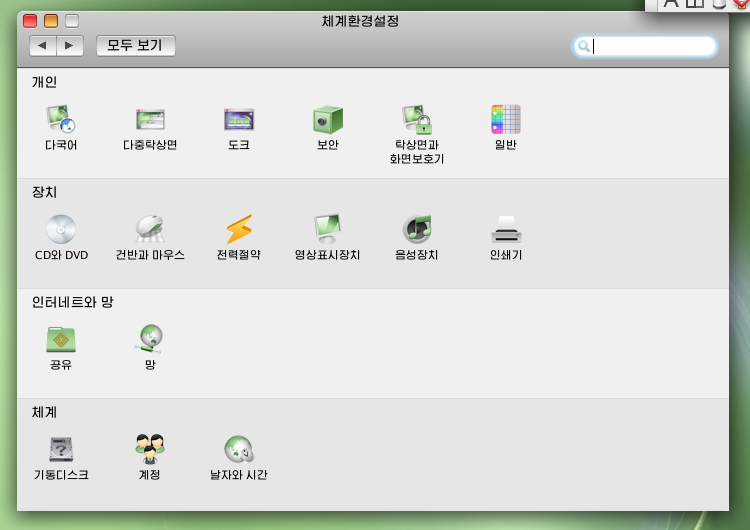 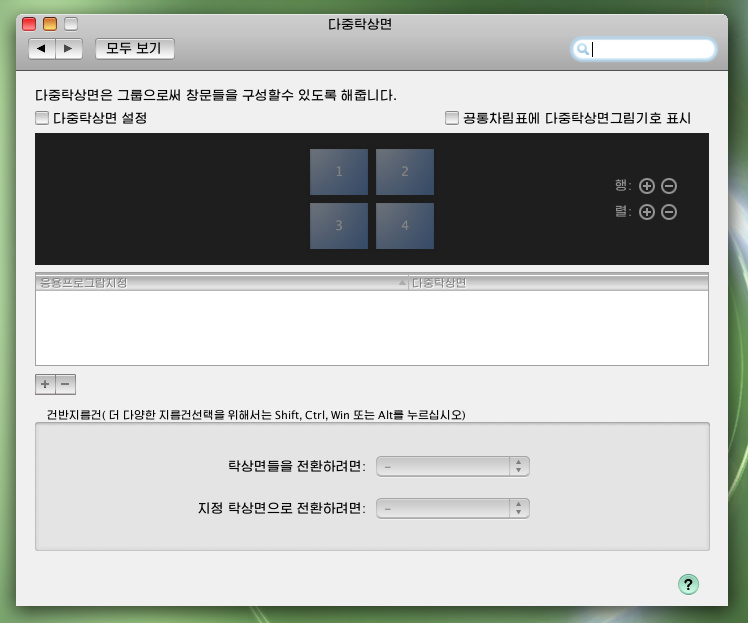 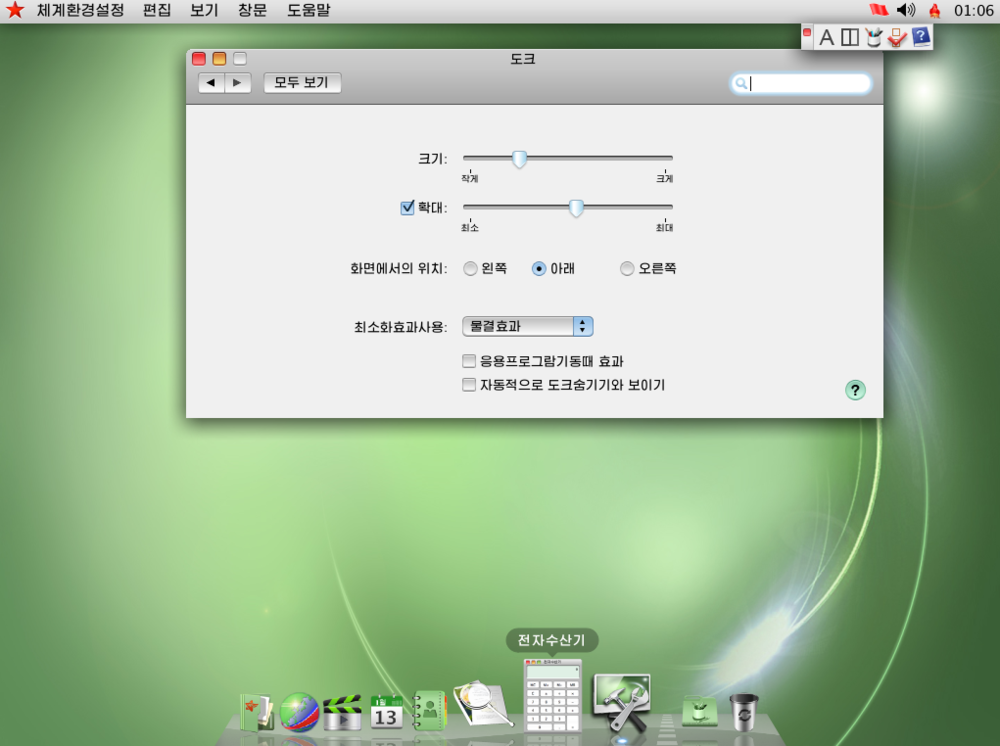 You can also customize the Dock in the exact same ways. When you pin it to the sides, it goes 2D just as OS X’s does. 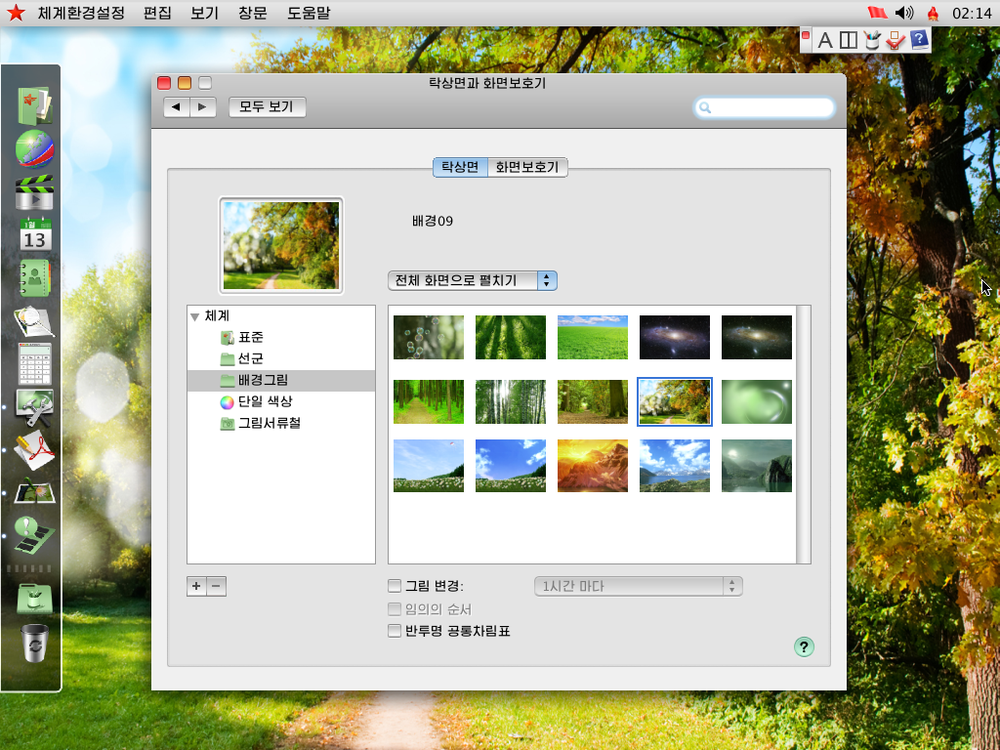 Several charming desktops are included. I couldn’t find sources for the couple I tried. A couple of them have DPRK stuff crudely photoshopped in. 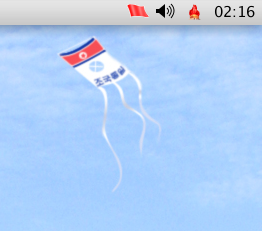 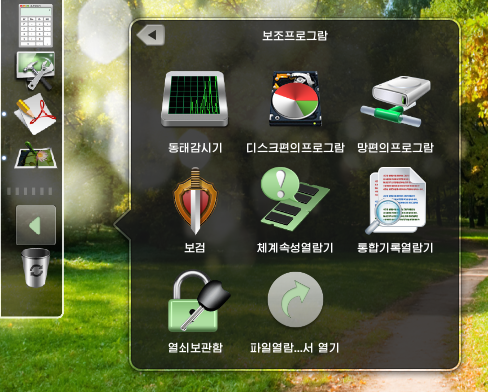 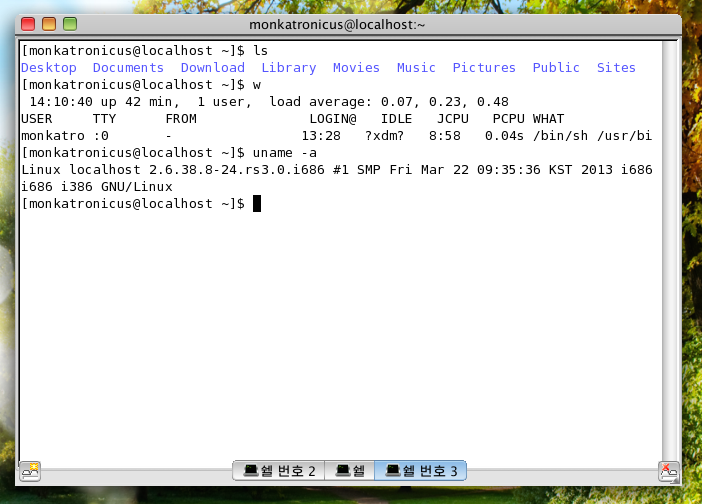 The most charming addition was some handy sheet music software. I assume this is open source from somewhere. It’s good for writing revolutionary operas, or tributes to King Sejong.

The reason I abandoned my plan to use it for a week, though, is that the browser — bastardized Mozilla called Naenara — seems to only be able to access the DPRK intranet, also called Naenara. No outside internet. Probably should have seen that one coming. 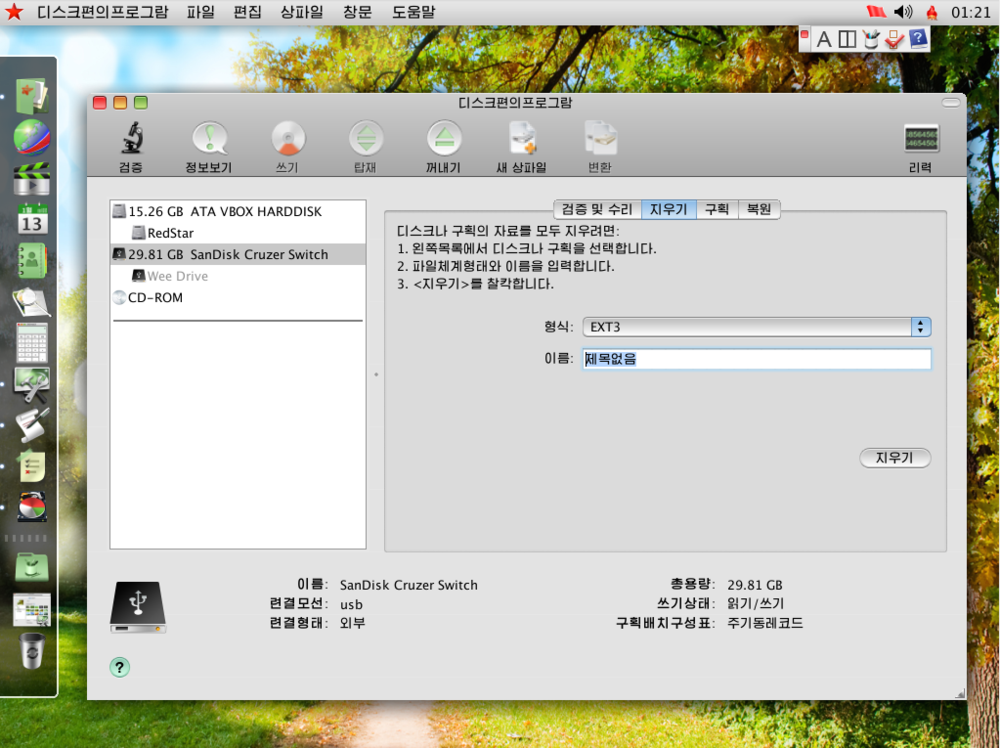 So if you can’t look at the internet, what’s left to do? Watch imperialist media. So I stuck my USB stick in … which was formatted in unrecognized ExFAT. DPRK Disk Utilities offered to initialize it for me. I said “Okay”, which resulted in five minutes of beachballing (yeah, they replicated the beachball) and then a hard crash. But when I restarted, I found myself with a new EXT3 stick. Macs can’t read EXT3, which I had forgotten. Eventually we all agreed upon FAT, and I watched a video about American imperialists and the failure of capitalism. 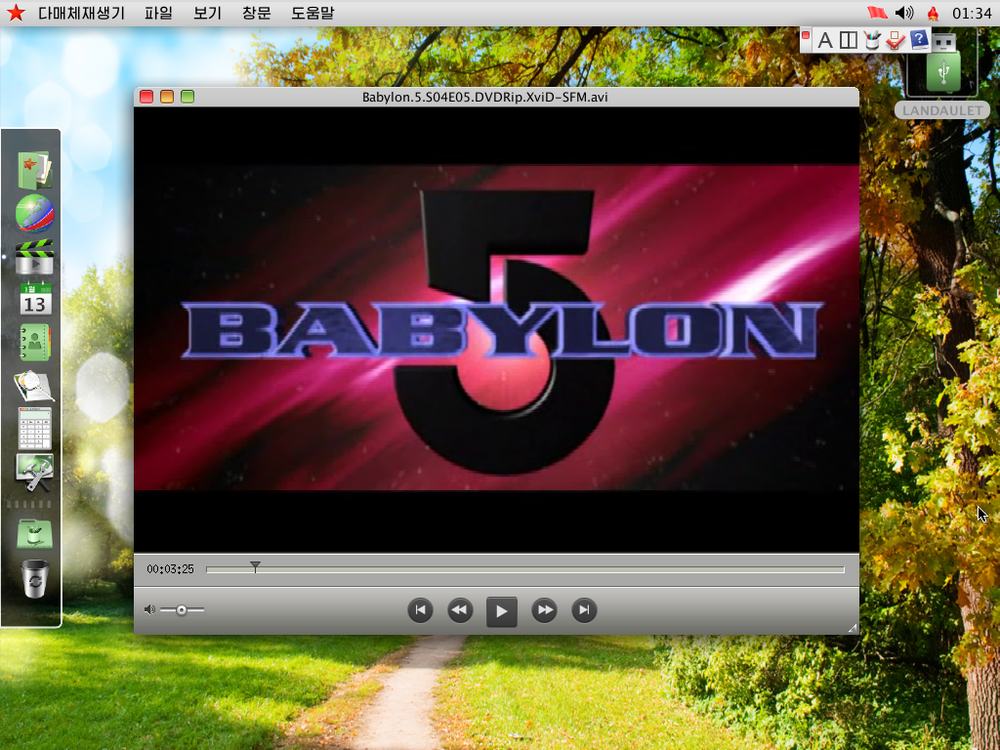 The file is actually quite nice; DPRK Video helpfully adds what appears to be horrible artifacting, but is in fact just a trendy 16-bit effect to get the kids into Red Star.

That was really the end of anything interesting to do. If my Korean were better and I was smarter about Linux, I’m sure there would be more fun things to try, but as it stood, all the puke-colored icons were starting to wear on me. If you could unlock Naenara, Red Star would be totally useable, though. I am happily using the Red Star laptop to view DCS plane manuals while my iPad is charging.

Edit: Someone did get root — unlocked Naenara etc. 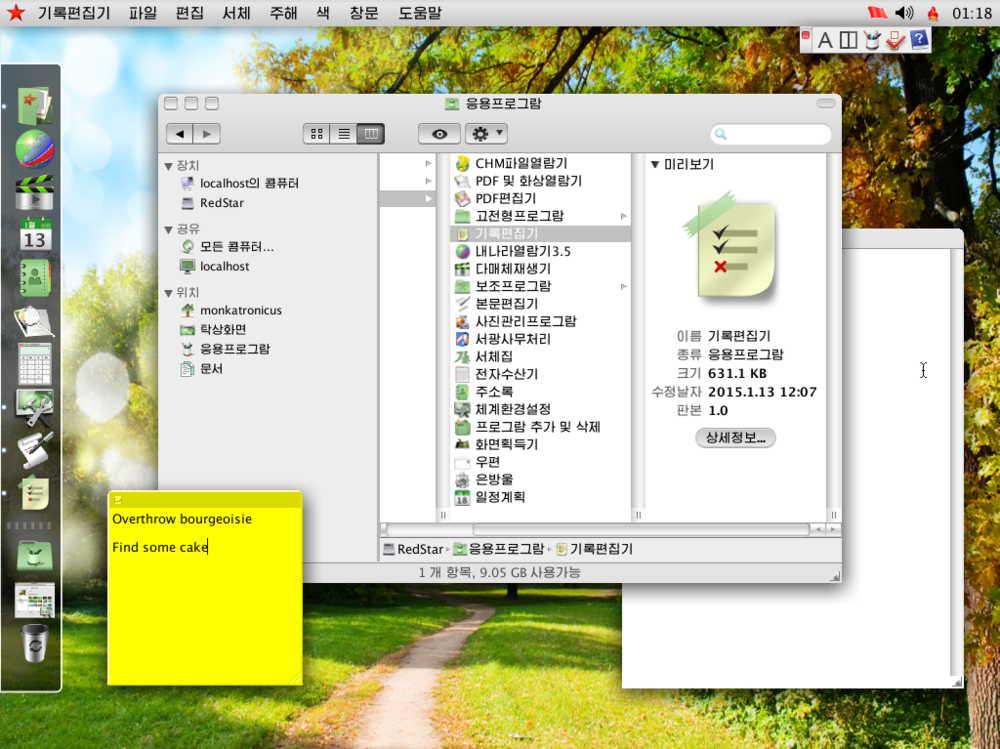