I picked up a ScanGauge E, and fortunately the Element has a really top-shelf place to put it, especially if you are like me and are driven to rage by exposed wires. 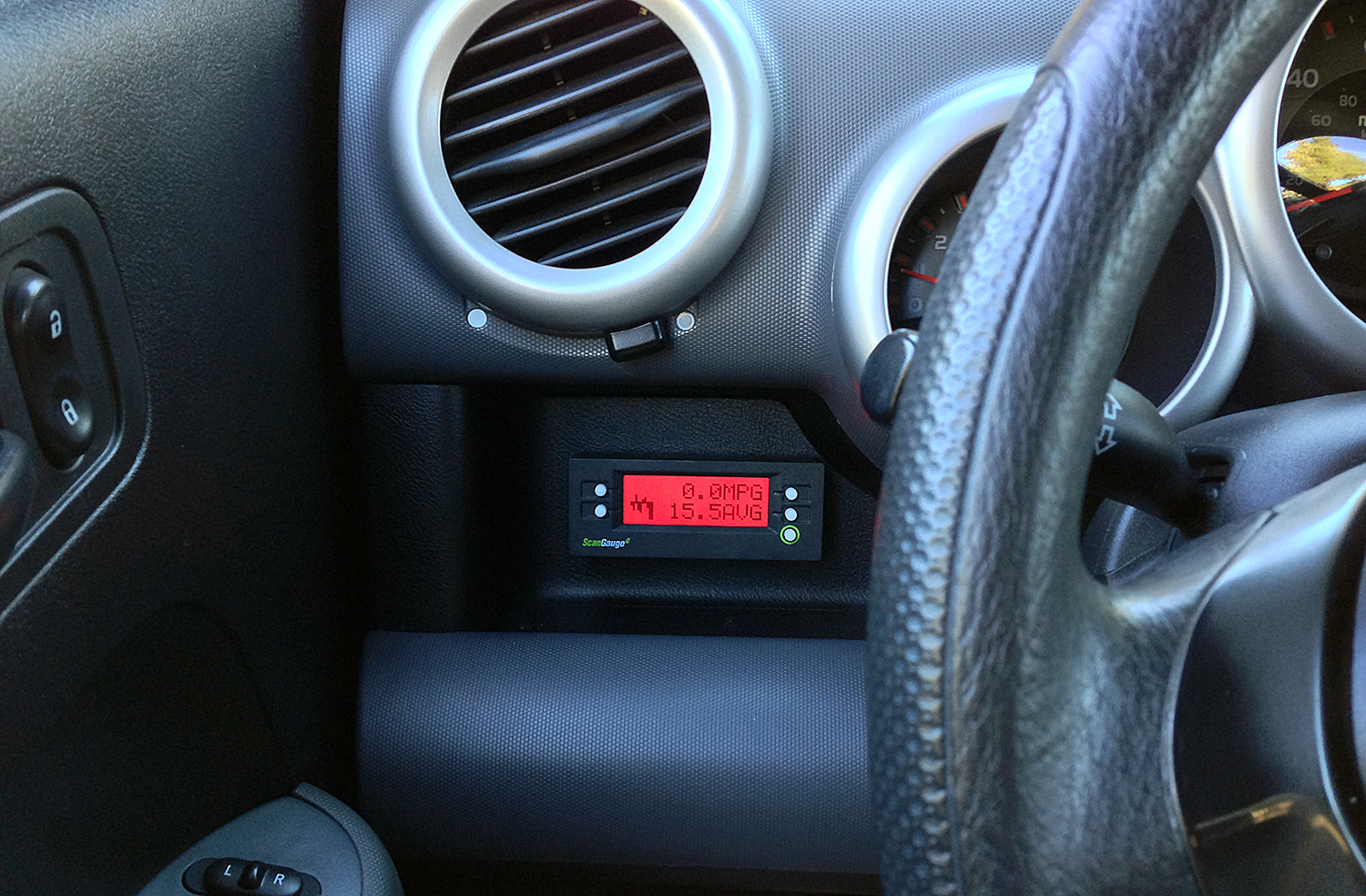 The space behind that panel is occupied by nothing, so it’s a really simple matter to drill through and mount the ScanGauge. The cable run is really basic, too, as it’s just a straight shot over-and-up from the OBD port. Do excuse my use of Velcro straps and twist ties; I didn’t want to zip tie the cable down until I was sure it was a good location that didn’t rattle or anything. 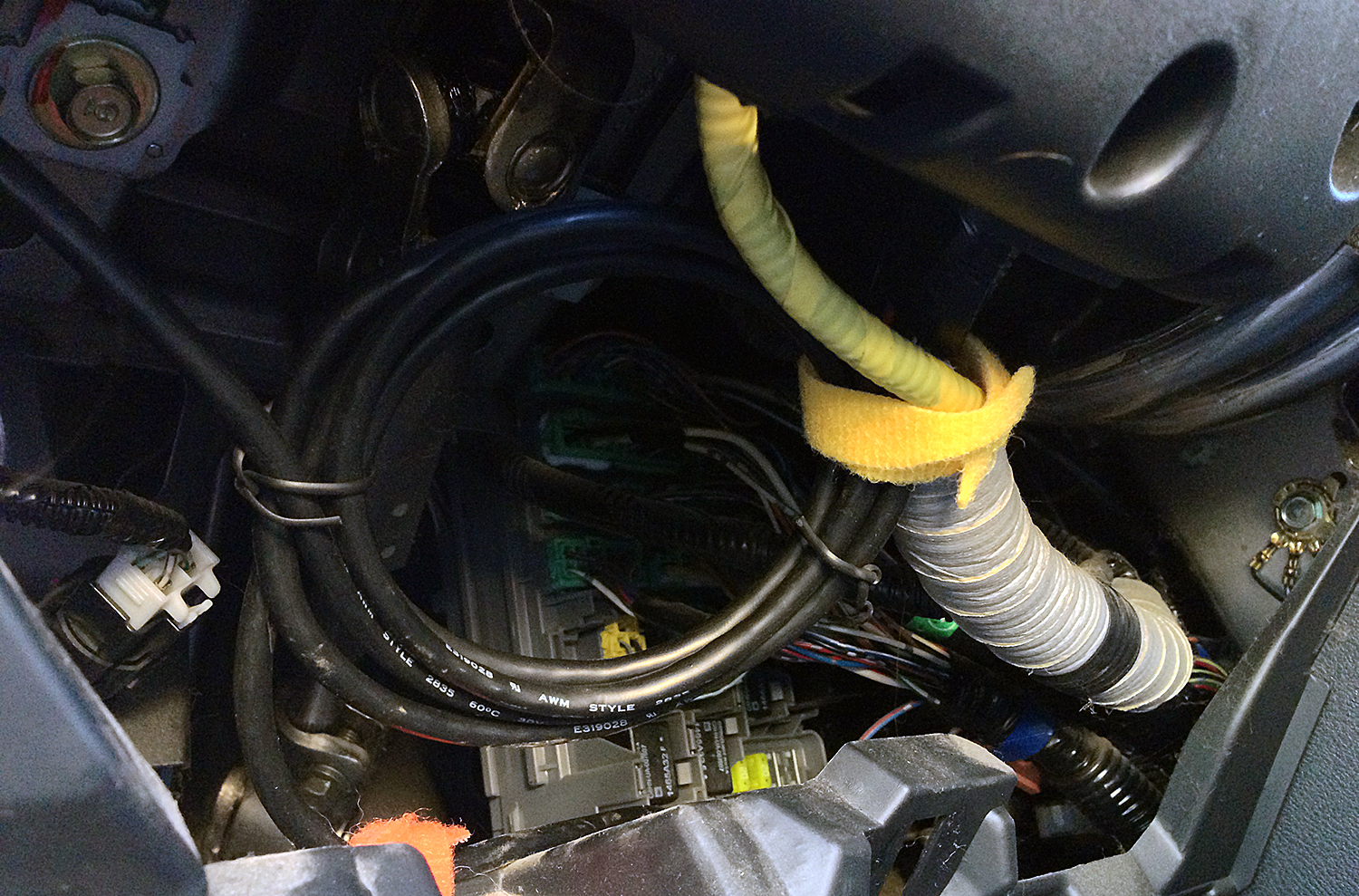 The only problem is that the Element is a little stingy with the data, and doesn’t report fuel-flow information. So the ScanGauge’s MPG information is pretty far-off until it’s had a few tanks of gas run through the car to allow for calibration (it uses other sensors, like throttle position and MAF, to estimate MPG). I guess it’ll be a month or so until it reports worthwhile economy data. This is the reason I canceled my Automatic order; that thing doesn’t allow for calibration, and would be generally useless.

It’s pretty nifty otherwise, though. I was a little disdainful of the ScanGauge because of the thick, old-fashioned design and the high price, but on any level other than the superficial it really does seem a lot more well thought-through than alternatives like the UltraGauge. I guess my next step is to break out the Dremel and sink the ScanGauge into the panel. I think I’d need to come up with some sort of bezel to hold it, though (or take the ScanGauge apart and see if I could repurpose its own), since the location in the Element would be pretty tricky to do any actual work on.