I returned the EVGA because it just wasn’t worth the fuss, but then Nvidia started releasing their own OS X drivers, so I thought I’d give it another shot. I got another 670, an Asus DirectCU II, and tried it again. 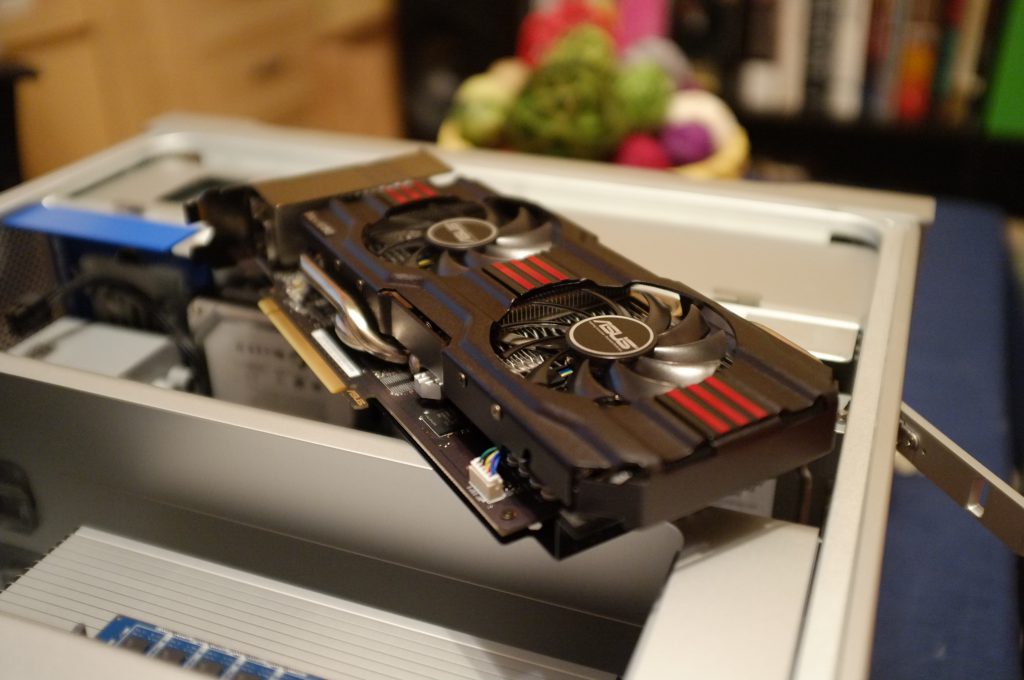 The card uses a different style of cooler than the 5870 and EVGA 670 FTW, which I thought might help with the heat concerns. It also looks nifty! 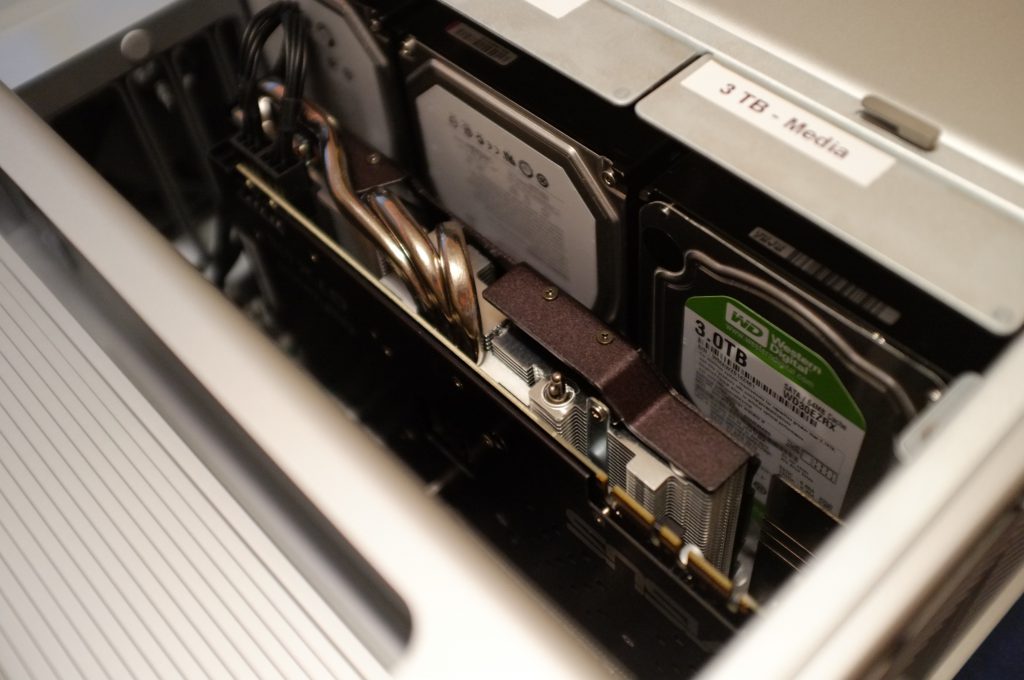 Installation was totally normal, as usual. I didn’t have issues with the EVGA in Slot 1, but someone was reporting trouble; as they’re both x16, I figured I might as well put it in Slot 2 to get some cool air ’round the back anyway. Probably made no difference to temperature or stability. Whatever. It booted up just fine, and I installed the newest OS X drivers from Nvidia, as well as Asus’ GPUTweak thing in Windows. That came with an older driver (301.something?), so I installed the newest 306 drivers on the Windows side. 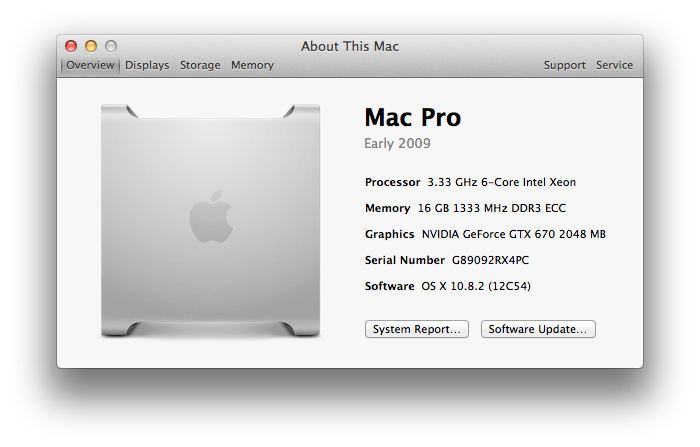 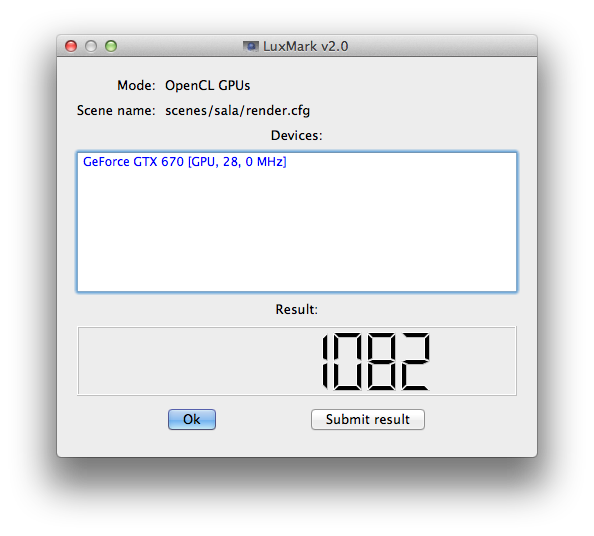 Luxmark is slightly worse than the EVGA. 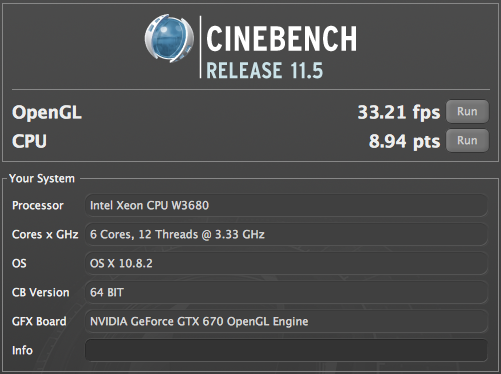 Cinebench is only marginally better than the EVGA, and still worse than the Apple 5870.
Games were the same. Most things are slightly faster than the 5870, Source games have a tiny bit of microstutter (but are just fine), Civ 5 still has numerous graphical glitches, and the wrapped version of Skyrim still sucks (plays beautifully under Windows, of course). I was hoping for an improvement to everything, with the new drivers from Nvidia, but an improvement to anything would have been nice. Long story short, there still isn’t a worthwhile difference in game performance between the 5870 and 670 under Mac OS. Unless you only play WoW.
The card’s non-reference cooler was fine. I put in some vented PCI slot covers (as the Asus blows up, not out, and I wanted some way for the hot air to escape), and that was that. The PCI bay fan ran faster, but temperatures were the same. The Asus was significantly quieter than the EVGA or the 5870. I didn’t notice the rear hard drives (on which the Asus 670 exhausts) to get very hot; they reported about a 10°F increase over the 5870. The PCI fan must have been keeping most of the air off ’em.
The real problems are in Windows. Asus’ software is kind of crappy, but functional. Most games were great — Skyrim, New Vegas, and so on — but World of Tanks had really horrible microstuttering, regardless of AA, V-sync, or any other graphics settings in the game or Nvidia’s control panel. Hours and hours of screwing with settings, driver versions, and so on later, I pulled the goddamn thing out and threw the 5870 back in. Given how few reports of the problem there are, I expect it’s some arcane conflict with Apple’s Boot Camp drivers. Maybe I’ll try again this afternoon, or maybe I’ll just return it and use the $400 to go on a nice trip somewhere with R. Monkeys. It is to some degree worth all the crap (dang, Skyrim looked nice), but the point at which it isn’t approaches fairly rapidly.
Edit: Solved! Hardware fault, according to ASUS. Exchanged 670 for another EVGA FTW — works fine. Done!