As a result of the shitsville Mac Pro “update”, I got a 2009 Mac Pro, which is pretty easy to upgrade to the current spec. You just need a newer Xeon and one of Apple’s insanely overpriced and outdated GPUs. A quick firmware bebop, and yer done. 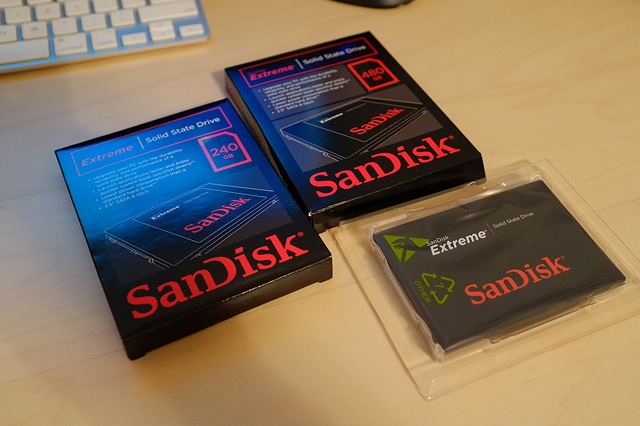 I’ll go into detail on the upgrade later, though, after I have time to install everything and stop weeping after having to pay $450 for a 5870. The fun project was tearing apart enclosures to harvest the delicious meaty platters within. 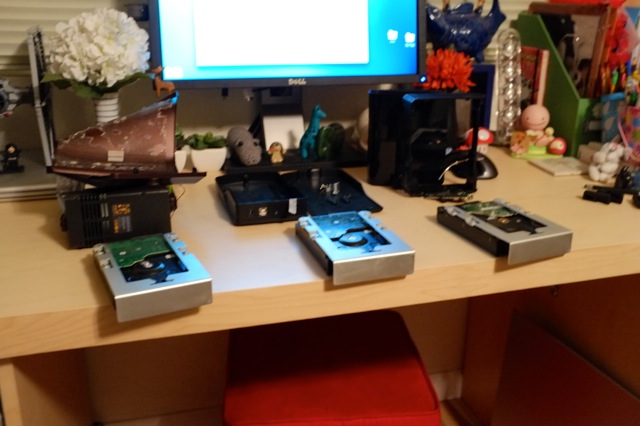 It was a straightforward job of butchering Seagate, Iomega, and Western Digital enclosures. The WD one was sensible — the disk was more or less suspended in a lightweight housing — but the Seagate one was a nightmare. The drive was more or less mummified in metal and plastic. I don’t know how the failure rate on these was as low as it was.
Worked out fine, though. 1TB for backing up the Mac SSD, 1TB for backing up the Windows SSD, and 3TB as a local copy of my media server.
My elementary school’s after-school program had “take-apart day”, where they encouraged clouds of pre-teens to demolish electronics, without providing any hope of reassembly. This may have been before people knew how much crazy toxins that would release. Actually, that might be why I don’t have a memory. At any rate, it was fun to re-live, and also to carve open drive enclosures with a Ka-Bar.
In other news that doesn’t matter at all, how ’bouts that purple. I used to think one didn’t see many bright yellow websites around, but then I saw some, so now we’re doing bright purple. Wait, I looked at Flickr. Okay now we’re doing orange. Now I looked at Ars Technica. Um, weird green, we’re going weird green.