The class I’m T/Aing goes off-topic a lot, so I started recording OTs after a couple weeks. The class isn’t through, but we’re doing focused wrap-up stuff now so OTs would probably continue to trend down, with maybe just one or two short OTs until the class ends on 5 May. 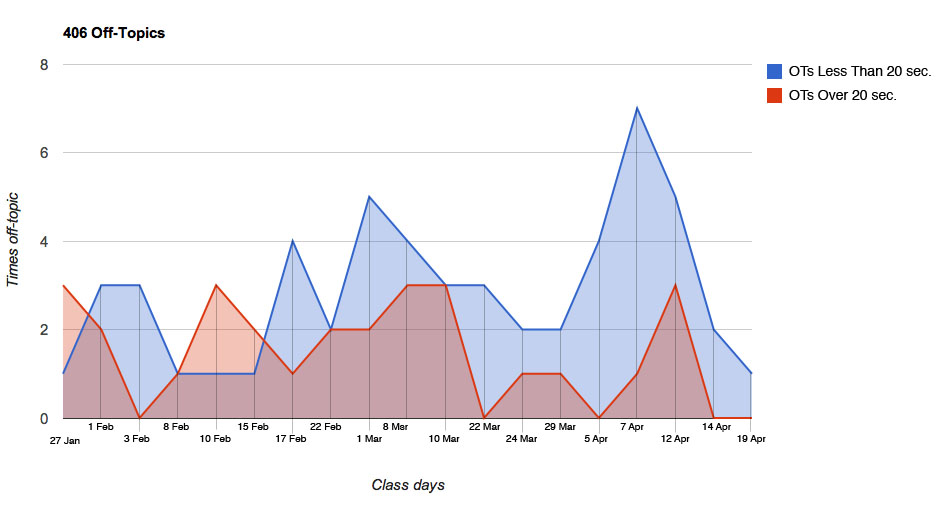 Notice spikes in short OTs a week before spring break (1 March) and a week before we started working on final projects (7 April). The sudden drop in long OTs after Spring Break is interesting, but I feel like if I worked it out that drop wouldn’t be very significant, mathematically.

This recording system didn’t prove ideal; it’s just what I came up with in 10 seconds on 27 January. More qualification would be a big benefit; >20s OTs occasionally mean “took up the entire rest of class,” which is very different than the common two-minute discussions of hamburgers. Generally, I think a more qualified OT-rating system would have resulted in a graph that reflected when breaks were much more clearly. Consider the OT totals for each day, and you already start to see that.