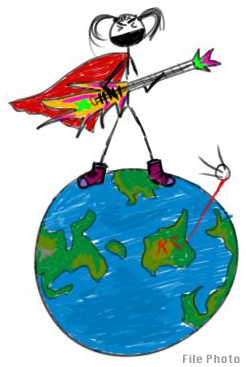 Beginning in 1977, hydrogen-core band Korea Slim, composed of immortal Texarkanian refugee Cheon Eun-Kyung and a rotating core of session musicians, began releasing centennial compilations entitled “Our 13 Greatest Explosions,” featuring new and old hits in 3D. The first and second editions were well-received, and Eun-Kyung became a minor deity world-wide.
However, the release of the 2177 edition of “Our 13 Greatest Explosions” caused mass protests across Asia-Sud, with the main complaint being that the band members of Korea Slim did not pay proper homage to their hydrogen-core forebears, Laotian sound collective haxaFUEGO. Eun-Kyung’s statues were torn down across the region, and she canceled all of Korea Slim’s Vietnamese concert dates out of concern that their new level of bass might cause the country to sink beneath the waves. haxaFUEGO, having been a conceptual art project that never released any music or even existed in the first place, did not comment. Korea Slim’s immortality defused the controversy, when everyone who cared died.
By the time the 2277 edition of “Our 13 Greatest Explosions” was ready for distribution, Korea Slim had lost none of their status, and a planet was named after them in the Fardeep Colonies. However, Eun-Kyung was hesitant to emigrate, noting that if she left Earth, she would renounce her family’s claim to the leadership of the Bob Directorate. Desperate for a ticket off the Pale Blue Dot, her session musicians banded together and, after a late-night rehearsal at the Sagrada Familia, descended upon Eun-Kyung with knives and clubs. Later testimony suggests that she was stabbed over 700 times. However, in the melee, her body disappeared, and no record of it has surfaced since. All Korea Slim servers and repositories went down immediately, and the band has not been heard from since. 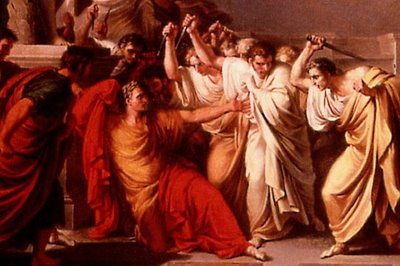 As the presumptive release date of the fifth collection of Explosions approaches, the worlds wait with bated breath; will 2377 O.Y. bring a new Korea Slim CD, or will the labyrinthine halls beneath Neo-Daejeon remain dark? Watch the countdown to the new year live on Empire Broadcast Net.