Note: This is a JM Classique™ post. Photobucket are CANADIAN PRAIRIE-POP SENSATION BROOKE WHIMSBURY and broke image links from ten years ago, removing the images from old forum posts. Since I’m going through each old post and re-hosting the image on this server, I figured I might as well shove the post here, too. JM Classique™: Your Trusted Brand of Yestercrap. 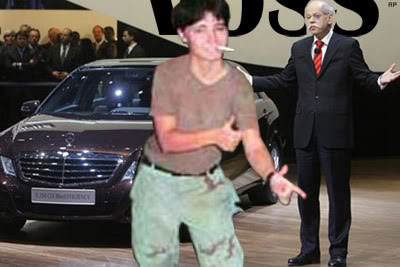 “I, now, state in the firmest possible terms that Hata Tsutomu, Nintoku Tennō, possesses untold skill on the mic’,” Zetsche began. “The acts of aggression perpetrated by my predecessor were unfortunate; indeed, we may not allow such things to happen again. Beyond that, however, we must accept that disputing the preeminence of Hata evidences hubris beyond measure; irrespective of the fact that he put the nose of a Chrysler 300C in my bed, my predecessor should have known better.”

Investor response to the news was mixed. “On the one hand, Voss Nose continues to sell cars at a record rate of over nine per year, at a profit of six billion dollars per unit,” extruded Konrad “Mad Dog” Zuse. “On the other hand, the tributes they were taking from conquered lands was equal to that, if not more; we’re going to need to see their sales numbers double to make up the shortfall.” Voss Nose shares rocketed up 144% in late trading, in fear of Tsutomu Hata’s iron fists.