Note: This is a JM Classique™ post. Photobucket are of dubious repute and broke image links from ten years ago, removing the images from old forum posts. Since I’m going through each old post and re-hosting the image on this server, I figured I might as well shove the post here, too. JM Classique™: Your Trusted Brand of Yestercrap. 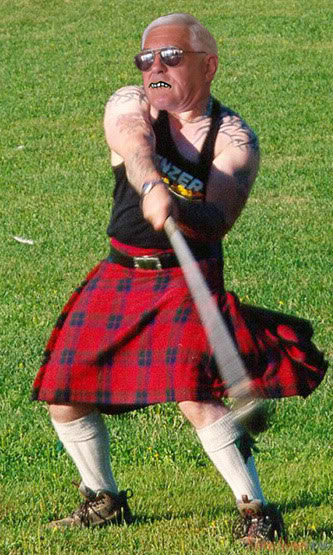 World Bananadon Monthly – Ryugyong International Motoring Expo: Speaking to the press at the General Motors press conference, Vice Chairman Bob Lutz introduced the exciting opportunities that GM’s forthcoming Voltec platform presents for three minutes, and then demonstrated his power by tearing up the podium and throwing it at “those French pansies” manning the nearby Aston Martin booth. Fielding questions from reporters on the series hybrid architecture, Lutz noted that AP automotive correspondent Henry Crun should “just get up here and try saying that to my face,” before taking off his shirt and ending the press conference.

Lutz’s behavior confused industry analysts, in light of GM President and CEO Fritz Henderson’s recent departure. “We had assumed that Henderson’s departure was due to board pressure, particularly from chair Ed Whitacre,” said Brian “Mad Dog” Kernighan, of investment firm Int, Argc, & Char, “but according to the graffiti left by Lutz on the side of Ford World Headquarters, Henderson left because he was, and I quote, a “pansy midget chump,” who lived in fear of Lutz’s “iron fists.” Lutz’s actions at the Ryugyong show today support this.”

General Motors representatives could not be reached for comment on either matter, until Lutz drove through the wall of our office in a 2010 Cadillac CTS-V and demanded to know if any of us “little Chinamen” thought we could “take him.”