I was playing LEGO with one of R. Monkeys’ nieces the other day. That’s good, because she subscribes to the same school of thought that I did and do, whereby you are obligated to dump the LEGO out on the floor so that your rug looks like a giant pile of studded plastic vomit. Then you can create. The bonus is that, because I have kept my LEGO in a sort of plastic oil drum for the last twenty years, dumping them out reveals all the random things that a younger me shoved in the bucket rather than put away. This time I found some Meccano, a bit of tin foil, and one of the soft plastic “horns” from my giant Z-Bots plastic playset thing. Here’s what that looked like. I’d forgotten. 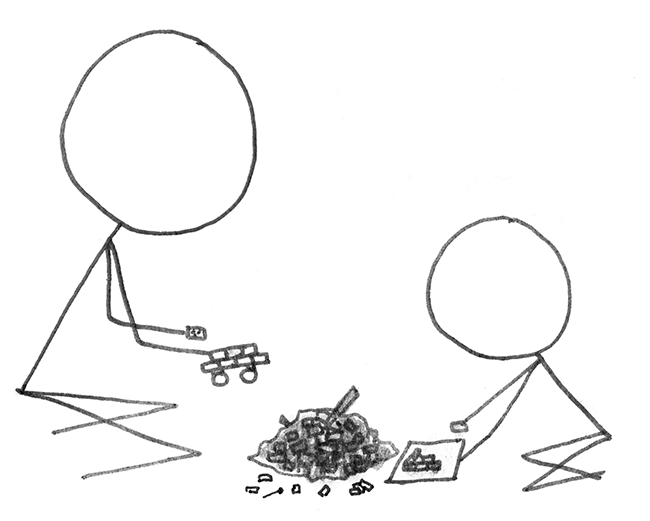 Anyway, I was helping her find specific pieces, when I noticed she was arranging them on a baseplate like little sentences. This made the requests for pieces ominous. 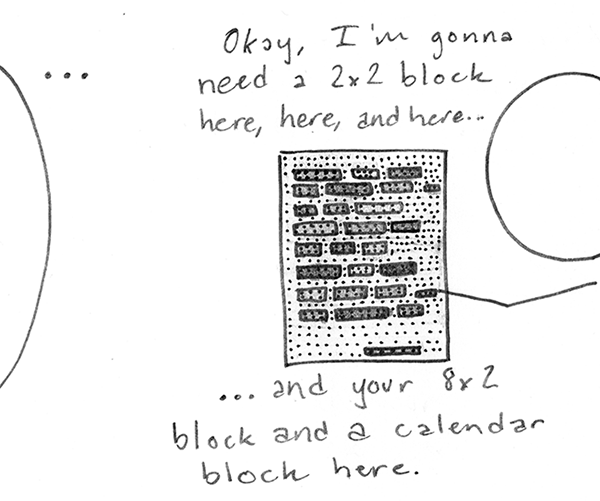 R. Monkeys has put a significant part of our household income into the LEGO Friends series, which is one of those modern sets that people complain is ruining the imagination of children (which seems like something that people with no imagination would make time to complain about). I should see if the Friends series has any Power of Attorney blocks.