I sold the modified Mac Pro about which I have written previously, as well as the 11″ 2011 Air that served as a sort of tender to it. I replaced it with a 13″ 2013 i7 Air and a two-bay consumer-grade Synology NAS, and the Synology is such a pleasant surprise that I thought I’d ramble about it. However, unlike rambling about putting PC GPUs in the Mac Pro, there’s nothing experimental or new to find out. So, I will caution gentle readers — in a fashion that only a true and certificated Kentucky Colonel can employ — that this isn’t very interesting.

Aside from the extreme setback that a week without a computer posed to the sanctity of my digestion, the switch to the Synology was pretty easy. I backed up 3 TB of things to a USB drive from the Mac Pro and sold it, then I put a pair of 3 TB WD Reds in the Synology thusly: 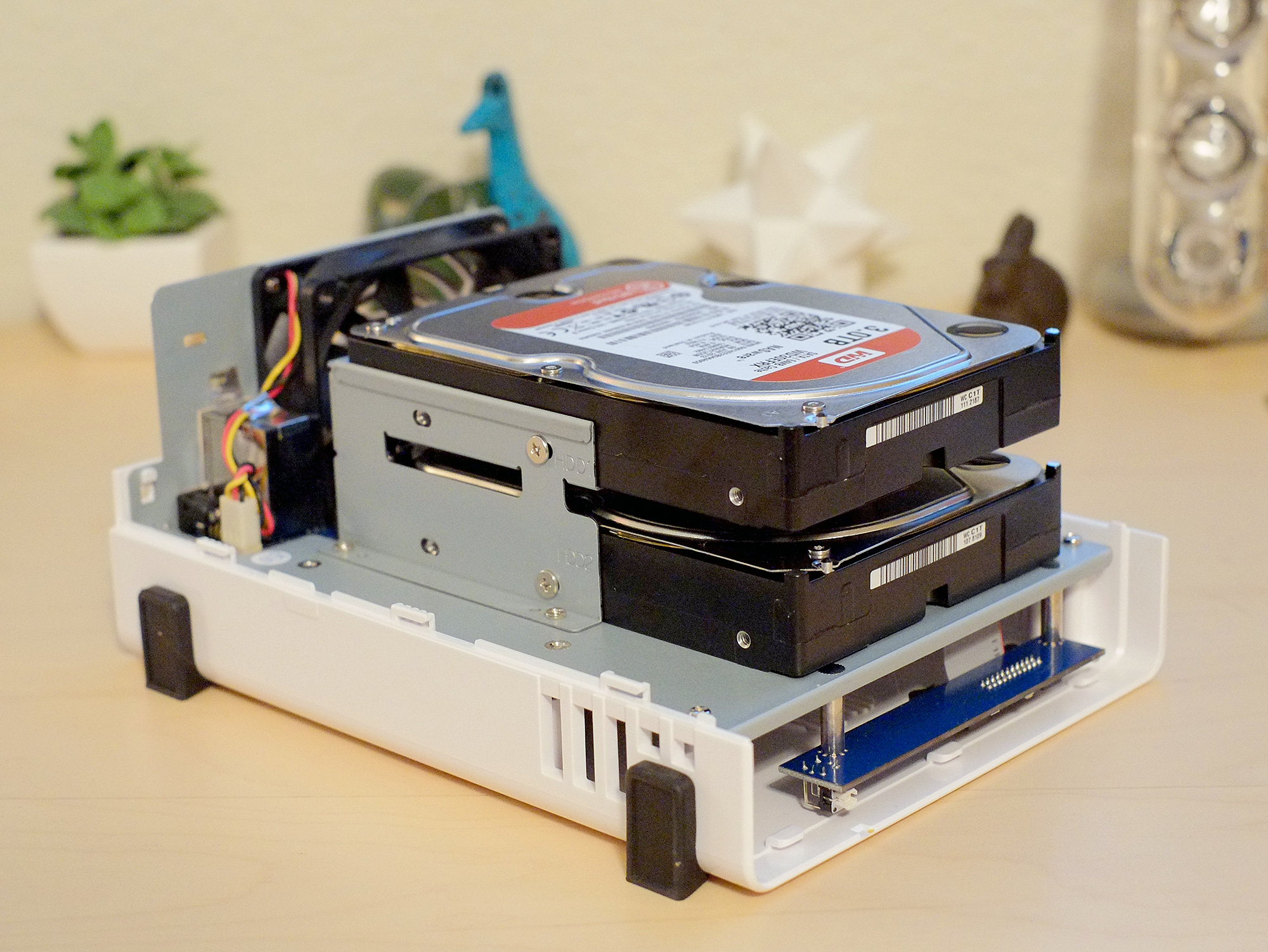 They’re not hot-swappable, but then I wasn’t planning on that being a necessity anyway. When assembled and turned on, the Synology is fairly small and quite quiet. There’s a 92mm-ish fan that seems to default to a fairly low RPM which is generally inaudible (my Synology is hiding behind a row of books, so there’s some insulation), and the drives don’t exceed 34°C. It’s a nice little unit. 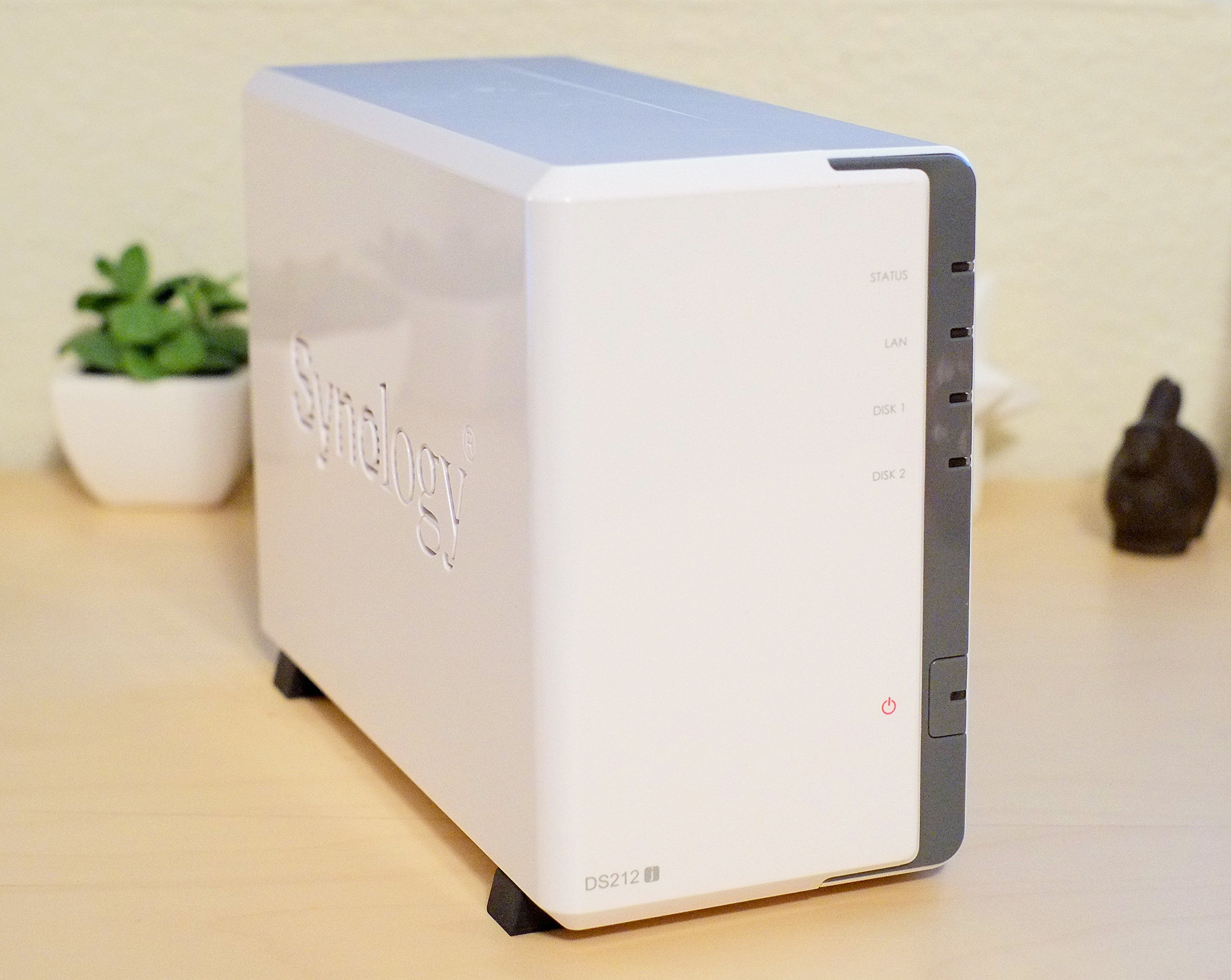 The Synology has two USB ports and knows what to do when you plug a drive in. Unfortunately, it cannot read Mac-formatted drives, so my way of getting 1.5 TB on to it went External drive –(USB2)–> 11″ Air –(WiFi)–> Router/Ethernet/Synology. This took 65 hours.

Once loaded, though, it’s great. Pretty fast, inaudible, etc. However, their software really sold me, and shamed me for having considered a Drobo or LaCie. I mean, really filthy shame. The caning, sirs, the caning. At any rate, their DSM OS is very sporty, and mixes powerful features including but not limited to a selection of BitTorrent clients, any sort of hosting (web/mail/forum/media/etc.), and so on with a graphical joie de nostril that salves those of us who know our way around a command line but feel that extended use of such is for foreigners and the unkempt. Do try their “live demo“. Here are two screen shots of nothing happening, because I am paranoid about displaying it showing anything real. 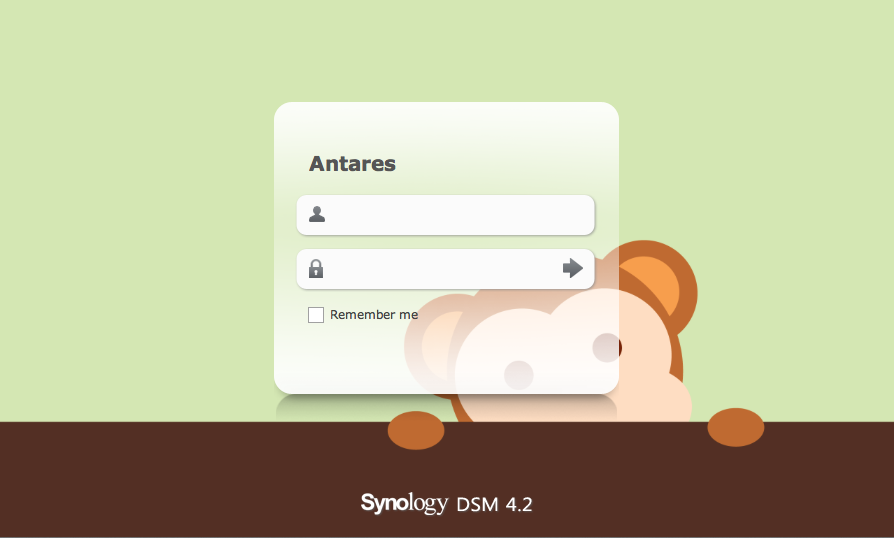 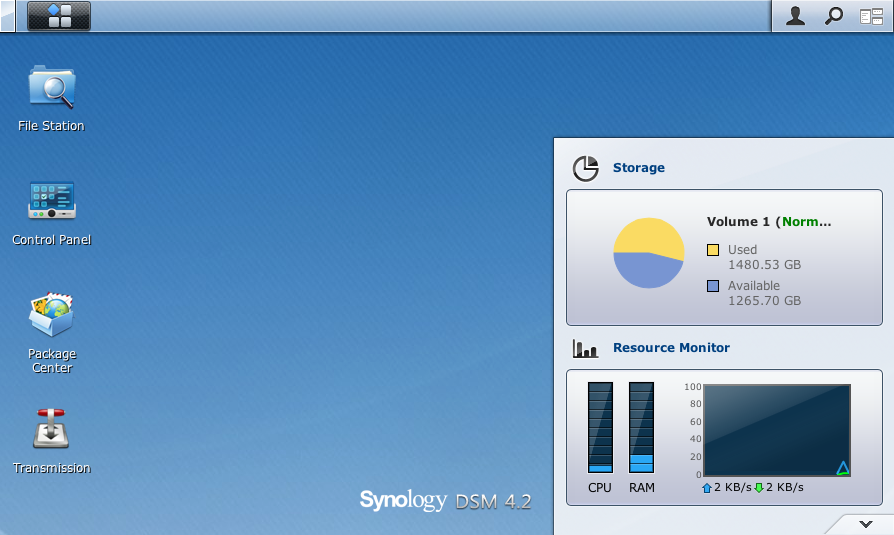 Although the Synology and the two 3 TB WD Reds cost as much as 650 generic-brand popsicles, I dare say that the result is enjoyable as at least that many popsicles. As Bob Lutz observed, after about ten popsicles the palate is bruised and sugar-worn. So I don’t think 650 popsicles is a great value for money, and thus the Synology is a justifiable expense for anyone who might consider one.

The Haswell Air is great too, but that’s not surprising. It was this or an outgoing 15″ Retina Pro. You can’t really go wrong, when it comes to consumer laptops. I will note that the 12-hour battery life is real and extremely nifty. 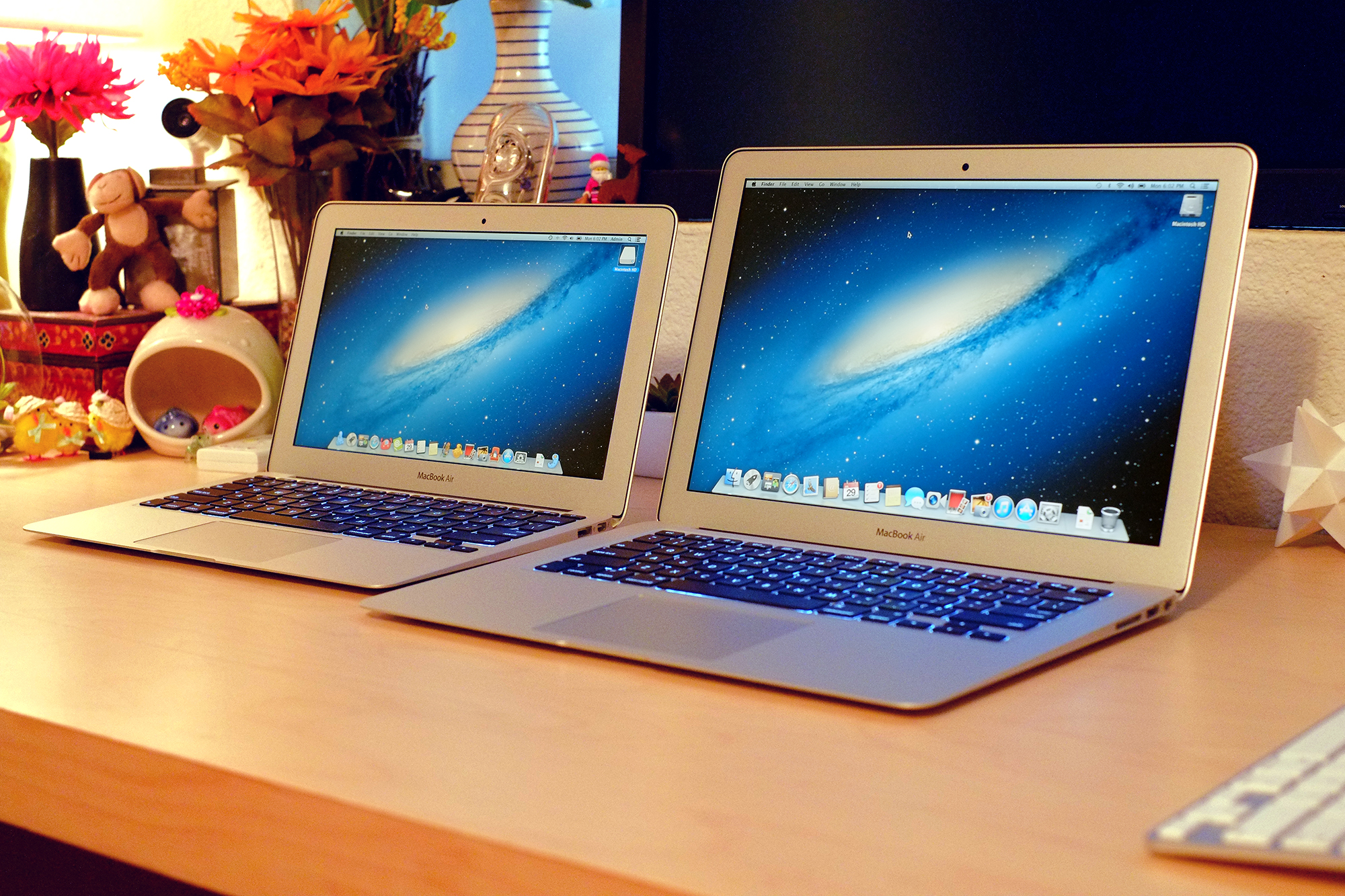 My Grande Designée was to ditch the computers that encouraged me to spend time on phatic tasks — that is, the Mac Pro encouraged tinkering, games, and things like that which are fun but relate to the silver box itself, and not extremely rewarding. So this simplification was a pain but for the best, I think. Similar to the new car; it’s not very interesting compared to the last one, but that’s sort of the point.