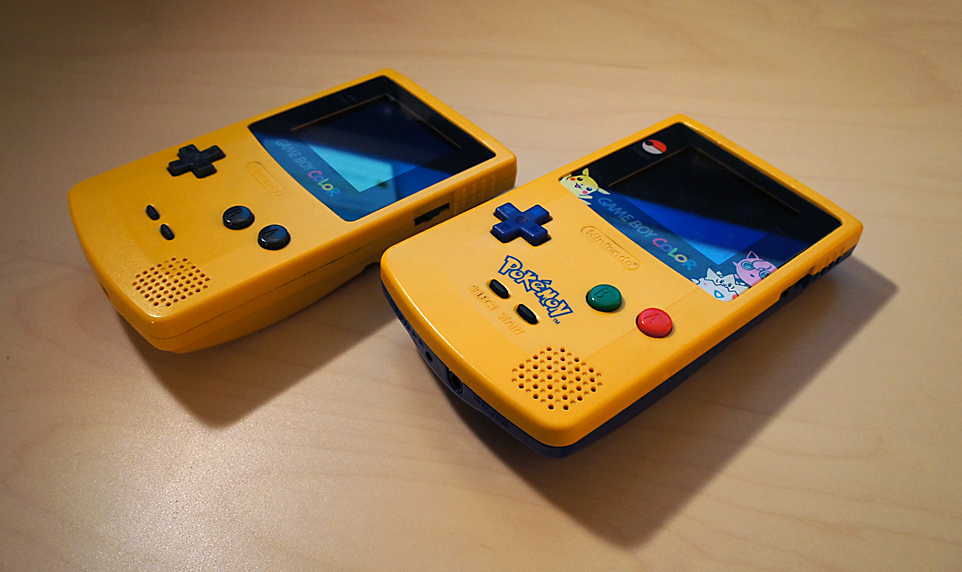 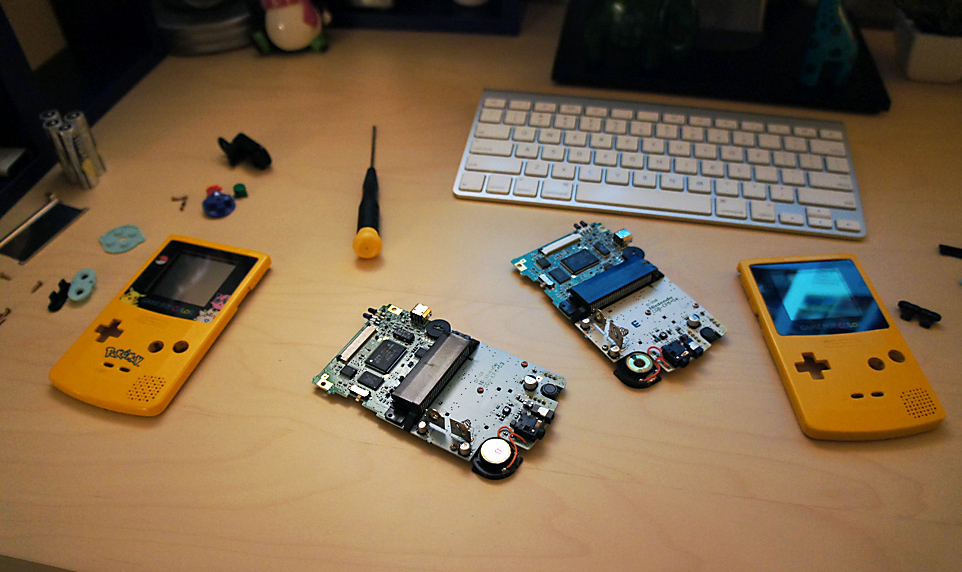 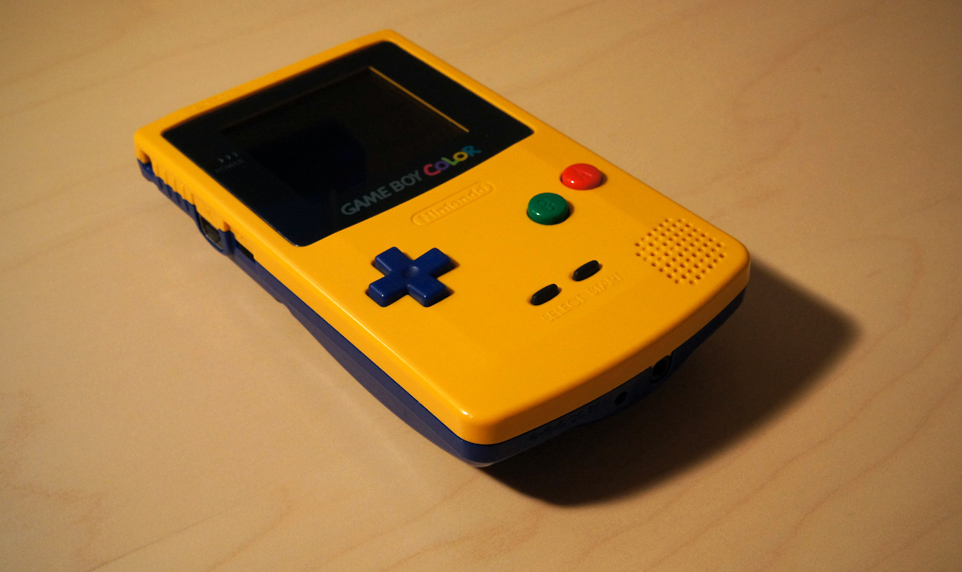 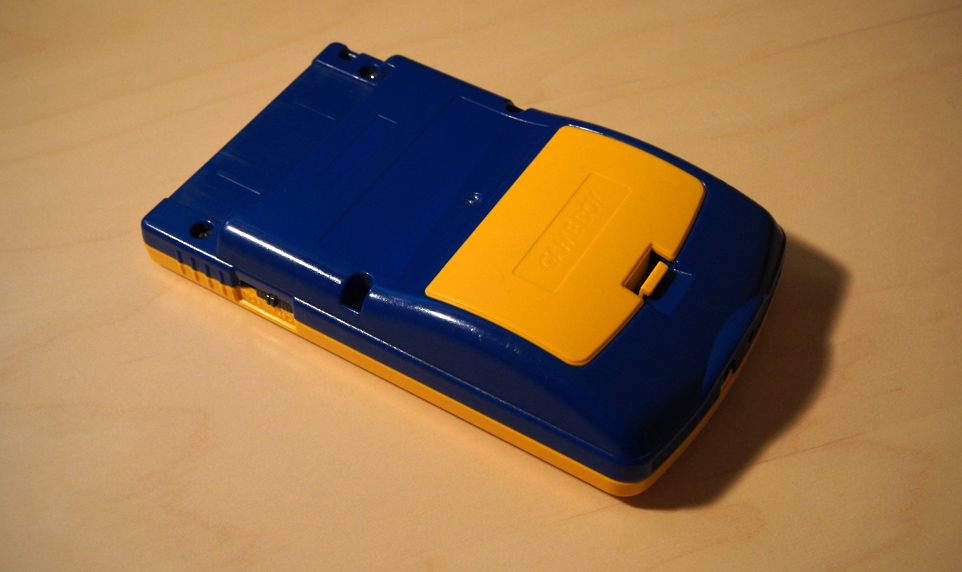 R. Monkeys and I both realized we liked Pokémon a lot c. 1998, so we decided that it’s on over the holidays. And because my response to challenges is to dump a lot of energy into areas that are tangenitally-related at best, I had to craft a Game Boy of untold power to wield, and it will slowly corrupt me like the Soul Edge. So It has the buttons and de-labeled back of a Pokémon Edition, the front of a yellow regular one, replacement little rubber button pads from a DS Lite, and the frontlight from an Advance SP. So I guess it’s going to shoot a stream of energy into the sky and start using me as its host.

At least it didn’t cost money that wasn’t spent years ago. I used to collect handheld game thingies, and while the good stuff was sold in, like, 2003, stock Game Boy Colors and a Pokémon Edition in rough shape are among the things still around. Those and a Game Gear. Hm, there was rarer stuff, like the Turbo Express, but I think the funnest were the Nomad and Neo Geo Pocket Color. The former was just a Genesis, and the latter had a bunch of weird Japanese RPGs and Match of the Millennium. There aren’t enough submarine RPGs.

Too bad I can’t find my old Red cartridge. My crack team of killers probably died long ago. I’ll have to do a “getting the gang back together” montage.