Note: This is a JM Classique™ post. Photobucket are dinguses and broke image links from ten years ago, removing the images from old forum posts. Since I’m going through each old post and re-hosting the image on this server, I figured I might as well shove the post here, too. JM Classique™: Your Trusted Brand of Yestercrap. 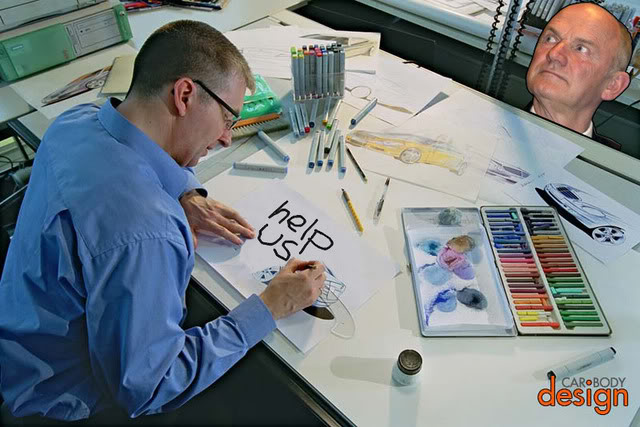 STYLE CROATIA ZZNAZ MAGAZINE OF MONTH – Ryugyong International Motoring Expo: Despite Volkswagen’s onslaught of concept cars at this year’s RIME, VW insiders claim that the marque’s slate of upcoming vehicles is bare. While concerns over tooling and marketing costs in the ongoing recession are partly to blame, our sources claim it’s mostly because the ongoing presence of former CEO Ferdinand Piëch in VW HQ has ceaselessly bewildered staffers, unsure of how much power he wields over them or what his actual function is there.

“I can’t figure out what he does here anymore, but he’s always hovering around the studio,” claimed designer Aristides “Mad Dog” Brezina, who wished to remain anonymous. “Sometimes I’ll be working, and Piëch will suddenly emerge from my desk drawer.” Others at Volkswagen share similar concerns. Said Tatyana “Mad Dog” Ehrenfest, “[Piëch] won’t stop IMing me. He will not stop. I asked him to stop, and he said that he is not Piëch, and also that he is watching me. I do not want my children to be motherless, so I pretend to work harder, and then cry.”

VW’s public relations department noted that, while Martin Winterkorn is officially the Chairman and CEO of Volkswagen AG, Piëch “retains an indeterminate amount of control. He won’t leave, but—will we be fired for saying this? It is unclear. Even Winterkorn does not know. Oh God, there’s Piëch.” VW AG shares gained traction in early trading today, for mysterious reasons.